Android phones are getting regular updates for its android version from the Google and just recently we already had Android 4.3 Jelly Bean update too. Many users are using Android 4.0 Ice Cream Sandwich version and still do not know what is the actual difference between Jelly Bean and Ice Cream Sandwich version. Today we will see the differences between these two operating systems of android. There are many small changes have been made in the Jelly Bean in compare to Android 4.0 version but we will see about some major changes among them. Honestly you will not feel major difference in UI of both operating systems but feature  wise there are some noticeable and good changes have been made. Here they are: 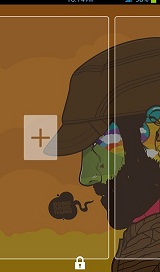 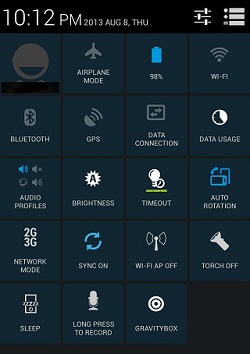 In Jelly Bean version you can pinch down the photos to get small thumbnails of photos and swipe down the particular photo to delete. This feature is not available in Android 4.0 version. So user experience will improve in Gallery section too. Plus with android 4.2 Jelly Bean version you will also get a small video preview in thumbnails directly in the gallery so that you can identify your videos quite easily. Honestly speaking I like this video preview feature the most in Jelly Bean version. So you will not face any different in UI of gallery but you will surely see some improved features in gallery in new android version which is surely an attractive point. 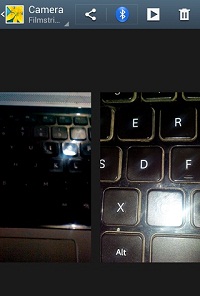 Camera is having few changes as well in new Jelly Bean version in compare of Ice Cream Sandwich version. Now after taking photos you can swipe right to left to see recently taken photos. So now there is no need to go to gallery or press button to check your recently taken photos. You can just swipe your camera display to checkout those photos. Now as I mentioned in Gallery above, here from camera app too you can pinch down the photos to have small thumbnail and swipe down them to delete. So with this now deleting recently taken photos which you don’t like is lot easier. All these features are obviously missing in the Ice Cream Sandwich version which makes the Jelly Bean version better.

With Jelly Bean version you can save your selected maps for offline review. So that now you can check them out even if you are not having internet in a particular area. This can be really helpful during your journey where you cannot get internet in some areas. With the help of this now you can pre-save your maps before your journey and can check them out later even you are not having internet. So this feature can be quite helpful for those who are using Google maps more during their journey. So in this area too Jelly Bean version is having an upper hand over the Ice Cream Sandwich version of android.

In Ice Cream Sandwich version users have to manage their widgets because of its size. But now with the Jelly Bean version user can also resize the widget. So now you can increase or decrease the size of widget as per you like to fit more widgets on home screen. This is an important thing as now you can have more widgets by adjusting bigger widgets size. And we all know that widgets are quite helpful as they give shortcut use of different applications. So resizing of widgets is the new feature offered in Jellybean version which was missing in Ice-cream sandwich version.

So this is it. I guess I have explained almost all new features which was missing in Ice cream sandwich version but available in Jellybean version. Honestly when I was using old android version, even I was thinking that it is not worthy to move towards Jelly Bean as there is not much more UI difference between Jelly Bean and Ice Cream Sandwich version. But as you can see features wise there are many differences and important one too. So my advice is that if your phone can be updated to new Jelly Bean version then you should definitely go for the upgrade over Ice Cream Sandwich version. You will definitely find it worthwhile.

Images by: Author's Own.

Dhoni's 91 one of the greatest innings by a captain in World Cup final. Are u Aggree ?

Top reasons for divorce: Part-2 (1101 Hits)
No married couple wants to end up getting divorced. It is not like they have planned for it. They try to put up with their partners for as long as they
How to improve digestive health (714 Hits)
Due to our modern lifestyle, we feel that digestion related disorders are a common problem. Thus, we neither give importance to them nor seek any help
Top reasons for divorce: Part-1 (792 Hits)
The bond of marriage brings the two people together. Initially, everything may seem okay and both of them slowly start discovering each other in the journey.