Pros and Cons of a Macbook compared to a Windows PC

Recently I have purchased a Apple Macbook Pro Retina 13 inch laptop. I’ve always wanted an Apple Macbook because it looks so good and the display is very crisp and clear. And I’ve been said a Mac has much good performance (But I suppose any Windows laptop which comes with the same price tag will have much better or at least the same performance). It’s been a few months since I’ve been using my Macbook and so I decided to write an article on the things I liked about it and the things I liked in Windows but cannot do in a Macbook. 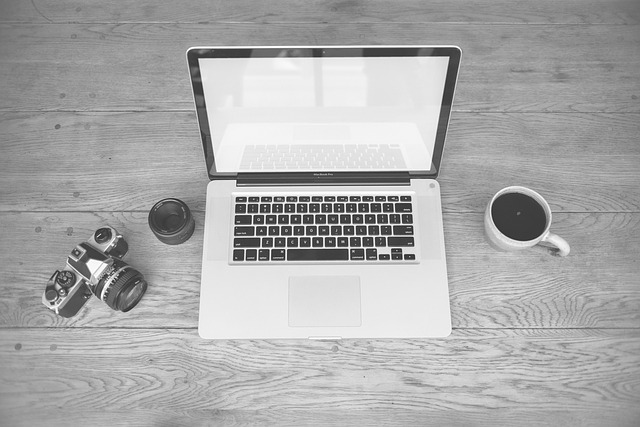 Without a doubt Apple knows how to make a crisp display. I could feel the difference when I am browsing through various webpages. Even the fonts look much smoother on Macbook compared to other notebooks. And honestly, that makes you browse and read more online.

This feature is very handy and makes it easy to do your work even when you don’t have portable mouse.

On a Mac OS you can have multiple desktops. What’s the use for it? Well when your one desktop is full of opened windows and files and you want a clean one to do some other job, you can just switch the desktop. If your kids or spouse were doing something and you want to get a new desktop to start your work this feature might be extremely useful for you. You can even set different wallpapers for different desktops. So maybe you can set one wallpaper for your home use and other for your work use. From the desktop slide the trackpad left or right with your four fingers to switch between desktops.

You can access your dashboard just like accessing another desktop as mentioned above. One of those desktops is by default you dashboard. There are thousands of widgets you can embed on your dashboard like Stocks, Weather forecasting, notes etc.

You can access the notification panel by clicking at the button in the top right corner of the screen. Notification shows you updates, emails etc. You can choose what to show up on this panel. It’s extremely useful.

Now Coming to things I liked the Windows way

Yeah the shortcuts are different for both Windows and Mac and I was aware of it. And it’s not a big deal to adapt to some new shortcuts. But the one things that I really don’t like is that the enter button, used to open files in Windows, does renaming in Mac. To open file the shortcut is Cmd+O. I mean opening a file is the most basic thing and it should be simple. I would have been fine if it were Space or Shift button but a key stroke combination? That’s not so wise.

The main task bar in Windows is a bliss when it comes to multitasking. You can always see how many windows and what all applications are open. The folders you’ve open is also shown there, a feature Mac OS don’t have till date. I really miss this bar the most after switching to Mac. Of course, with fancy gestures one can do almost everything a Windows task bar can do, but it is not as comfortable as in Windows.

I really love switching windows on Windows withe Wnds+Tab key combination. Such a switching features is not available in Mac. Though, as I’ve mentioned before, one can use gestures on trackpad to see all open windows. I got to admit, with the task bar and this feature navigating between Windows is much easier compared to the Mac OS.

Nothing beats the Windows file explorer. I Like the way Windows’ My Computer and from there Hard Drive partitions and further. Mac OS have something similar to My Computer, it’s called ‘Finder’. From Finder you can access all the files in your Mac.

A clear advantage Windows have over Mac! Not even hardcore Apple fans could deny this fact. In Windows it was much easier to open and edit files of any type. But with Mac, it isn’t. One of my favourite Windows softwares were Internet Download Manager (IDM). There is not a Mac version for IDM and I’ve been looking for an alternative ever since I’ve moved to Mac. But I haven’t found anything that offers even half the functionalities the IDM offers. IDM’s browser inbuilt Video downloader is the feature I use the most. Now I rely on Google Chrome and Mozilla Firefox plugins to get the job done.

Another software I like is NitroPdf, a complete Pdf Suite. Unfortunately, doesn’t have a Mac version. Well the list could go on forever. Simply put, there are far more useful software available on Windows platform then in Mac platform.

These are some of the differences I’ve noticed. I got to admit, Mac’s trackpad is addictive. Now using Windows trackpad has become frustrating for me. But the frustrating thing with the Mac is that you don’t always (most of the time, to be honest) find a Mac version of a software you want to install. Also I’ve heard Mac is not a very good option for gamers (I don’t know why) but that wouldn’t bother me because I am not a fan of computer games. But I’d definitely recommend a Mac for designers because it displays much more details than any other OS I’ve seen before.

Mac also has a thinner and more affordable model, designed for business people, called Macbook Air. Check it out as well!

Hot Hits: 1037
I am a tech enthusiast. I like everything about the world wide web, social media and Apple devices :) Also I like talking and writing about them. Other things I am passionate about are traveling, music, coffee shops, zombies and Game of Thrones!

Where do you get questions for your polls?

Do you tax your brains to think up new polls or just do a search on Google?
Message!

Search Engine Optimization - SEO
Obtaining unique traffic for a website by promoting for giving publicity is known as SEO. In simple words, making a website popular is known as Search
All about meta tags and SEO
Does Google take account of all the beacons meta? It is undoubtedly traditional but this time the answer comes from Google directly… The occasion to
5 Key Points To Optimize Your Website On To Improve Your Conversion Rate
What is the conversion rate? The exchange rate is the ratio between the number of people visiting your website and the number of people who buy on their
WEBSITE HOSTING
What is web hosting?To make your website available to be visited by people anywhere in the world, it is necessary that all information is stored on a computer
Web Hosting Hot Tips ~ You must read before buying a web site hosting package!
Perfect Hosting Deal Web search you want.A lot of competition between web hosting company for your business. Web hosting can be Profitable business because