It's been two weeks since Apple has announced their smart watch or simply - Watch, along with iPhone 6 and the release of iOS 8. Apple Watch is not yet available to the public and it is expected to hit the stores next year. While many seems to cut their teeth looking at the product online, I think it will not be a massive success. Simply because of the following reasons. 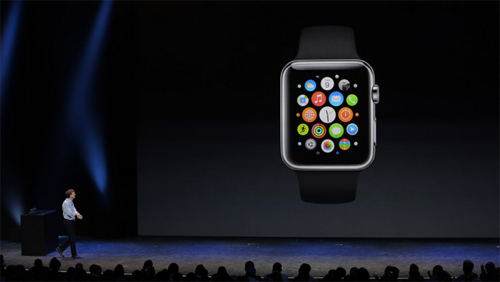 1. It's not a completely innovative idea

Well, a smart watch which syncs with your smartphone is not a brand new idea. Many companies have done it before. Of course Apple has added some new and appealing features to it but still people aren't totally amazed with it (perhaps Apple fans were). Also rumours of an 'iWatch' has been around for a while. So simply putting - it is not a cutting edge new piece of technology.

2. The design choices are limited

I think there are altogether 18 or so design choices for the Watch. But that's still not good enough. I prefer Casio's G-Shock series and I will not throw it away for Apple Watch because the design of the Apple Watch is not something I want for a watch. Moreover, I prefer round dial and I don't think Apple Watch comes with round dials. Also some women, who prefers small dials, will not go for the Watch.

3. Do people actually prefer it over other watches.

I don't think people who uses Rolex, Omega and such luxury brands will switch to Apple Watch. That wouldn't make sense!

4. It's not a very efficient technological tool

I like the tapping feature of the Watch. You can customise the tapping so that you'll understand what the watch is saying even without looking at it. For instance, you are using navigation and the watch will tap you in a particular manner to tell you to turn left and in another manner to go with the right. But other features like Pictures, Customisable emojis and all feels useless and something that one wouldn't use. Seriously, who would want to browse through photos on a watch screen especially now a days when screens are getting bigger and bigger? I thought Apple Watch was about doing things quickly, even quicker than with your iPhone, And sending personalised emojis ruins the purpose, I suppose. Also users won't be comfortable using the watch while they are walking just as they don't use mobile phones (other than for phoning and texting which can't be done with Watch as easily as with the phone).

5.Charging will be a headache

Battery of the watches are supposed to last for months or even years. That is not possible with Watch, obviously. So every night you'll have to charge your watch along with your phone. And I suppose Apple will come up with a new type of cable to charge the Watch. So you'll have to carry one more piece of wire every time you travel! And you'll need one more socket to plug your watch in.

6. Only work with iOS (obviously!)

The thing is your Watch only works along with your iPhone and that's not surprising at all. So if you don't have an iPhone you don't need Watch. Also I am not sure whether the Watch supports iOS 7. If it doesn't  iPhone 4 users will not be able to use the Watch. This may not be a problem for Apple's US market where iPhone rules but for countries like India where there are still quite a number of iPhone 4 users, they'll be disappointed.

7. Not everyone wears a watch.

Some people just don't like wearing watches. So they'll just sit this one out and rather use their phone by taking it out of the pocket..Still they may use the watch for their sports activities because Watch is also designed to be a fitness assistant.

Well that being said, I do have to appreciate some of the features that comes along with the Watch. And one of the best is that Watch analyses the text of messages and gives you amazing quick reply options. For e.g. I text you "Are we having lunch at home or outside", the Watch analyses text and gives you the options "Home" and "Outside" for quick reply.I do think Apple has integrated some great features into this Watch. But I think people will find it easier to use the phone instead of a watch to get their tasks done.

Hot Hits: 1851
I am a tech enthusiast. I like everything about the world wide web, social media and Apple devices :) Also I like talking and writing about them. Other things I am passionate about are traveling, music, coffee shops, zombies and Game of Thrones!

Should Fee Reimbursement needs to be continued?

Top reasons for divorce: Part-2 (3245 Hits)
No married couple wants to end up getting divorced. It is not like they have planned for it. They try to put up with their partners for as long as they
How to improve digestive health (2311 Hits)
Due to our modern lifestyle, we feel that digestion related disorders are a common problem. Thus, we neither give importance to them nor seek any help
Top reasons for divorce: Part-1 (1851 Hits)
The bond of marriage brings the two people together. Initially, everything may seem okay and both of them slowly start discovering each other in the journey.