The incidence of breast cancer in India is at an “alarming” rate. India contributes to a huge 6 percent among the deaths that occur all over the world due to breast cancer. It is estimated that its occurrence in India is at the rate of 85 per 100,000 women per year. The incidence of breast cancer in urban areas is much more than when compared to that in the rural areas. The main reason for this might be due to vast changes in the life style and environmental alterations among both the areas.

v Non-invasive breast cancer: This type of breast cancer is also called as in-situ breast cancer. The name itself suggests that in this type, the cancer has not spread to other parts of the breast tissue such as the duct or lobule.

v Invasive breast cancer: This type of cancer is dangerous and spreads to other breast tissues such as the duct and lobules and accordingly they are again classified into invasive ductal carcinoma and invasive lobular carcinoma.

The causes of breast cancer are numerous; however, it could be broadly classified into reversible and irreversible causes.

The irreversible risk factors include age, genetic factors and duration of menstruation. It is a proven fact that the risk of a women getting affected by breast cancer increases with age. Thus with the advancement of age, women should focus on regular health checkups in order to prevent such complications. It is also been noted that women coming from families with breast cancer history are found to be more prone to this type of cancer.

The most important and irreversible risk factor for breast cancer in women is none other than their own sex, the feminine gender. That sounds quite funny, right?

The risk rate of breast cancer increases with the increase in number of menstrual periods occurring in a woman. So if a woman attains puberty at an early stage, then she is at a greater risk of developing breast cancer when compared to others. This factor can also be related another risk factor namely, the number of pregnancies occurring at an early age. There might be an interrelation between the reductions of the menstrual periods that occur on increased number of pregnancies. From this it is evident that women who have fertility problems are at high risk.

These factors could be altered with respect to human decision and we can very well avoid these external factors so as to keep breast cancer away from us. Let us quickly go through the various reversible risk factors:

Although this type of cancer is highly prevalent among Indians, the main advantage lies in the prevention of the disease from becoming more serious by early diagnosis of breast cancer by frequent breast examination. This reveals the necessity of undergoing a complete breast checkup every month soon after a girl reaches her twenty years of age. This might sound quite humorous to all our Indian women, because they give the least importance to their own health. If women ignore to undergo a monthly health check up, this it-self might serve as a reason for lack of proper treatment during the initial stages of the disease.

The best and inexpensive way of detecting the breast cancer at an early stage is by self examination of the breast by women themselves. This method might sound simple but in order to accomplish this, a thorough understanding and examination of how a normal breast looks is very essential. The diagnosis at an early stage requires very keen examination of the breast. Hence, even minute changes should be recorded so as to start the treatment very early. It is found that early detection of breast cancer has enabled the doctors to save the life of many women.

However, a mere lump formation could not be confirmed as a tumor. The physical examination of breasts could not be used as a primary stage of analysis of a cancer. Here are some simple ways to self exam the breasts:

Role of Nutrition in Breast Cancer 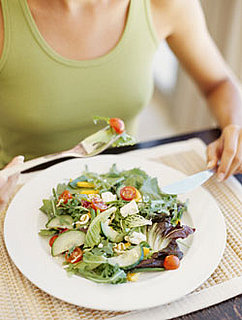 Diet plays a very important role in each and every stage of breast cancer. Indulging in physical activities such as walking, swimming and exercise would keep their mind relaxed as well as will keep the person energetic. This might seem to be beneficial by yielding better results for the cancer treatments.

Thus following the above given dietary guidelines and regular examination of breast could prevent the onset of the disease. A general awareness of breast cancer among the women highlighting the basic causes, methods of breast examination in the house hold and the treatments given would definitely be very much helpful in detecting it at an early stage.

Which Song(s) Do you Lyk, most in DHOOKUDU?

Nice music composition from Thaman....He has been giving good music all the time.

Top reasons for divorce: Part-2 (1143 Hits)
No married couple wants to end up getting divorced. It is not like they have planned for it. They try to put up with their partners for as long as they
How to improve digestive health (725 Hits)
Due to our modern lifestyle, we feel that digestion related disorders are a common problem. Thus, we neither give importance to them nor seek any help
Top reasons for divorce: Part-1 (804 Hits)
The bond of marriage brings the two people together. Initially, everything may seem okay and both of them slowly start discovering each other in the journey.

Village without Doors; God is their Guard..!!
There is a small village in India, where houses have no doors. Not only houses but all other buildings such as shops, hotels, offices and even bank are
Neelratna Dam
The Neelratna Dam is located in the Gobi village of Ambartalla. It is 920 feet high and 1,112 feet in length. It is expected to provide up to 4,000 megawatts
Christ the Redeemer - Wonders never End!
Christ the Redeemer, the gigantic statue of Jesus Christ, welcomes you with outstretched arms at the famous Rio de Janeiro, on the 700 meter tall summit
Ice Climbing - Hot destinations in USA
Among all exciting sports, Ice climbing is generally popular. Ice climbing is also dangerous to execute. You have to cover the vertical cliff covered with
The Rustic Charm Of Masinagudi
Western ghats is one of the most attractive places in India where many beautiful nature spots and holidays resorts are located. We have visited quite a