The Golder era of the fifties and sixties

As far as Hindi film music was concerned the 1950s and the 1960s (in fact this was true of other languages as well) were considered the golden era. It was a period of time when meaningful lyrics and melody were of prime importance and we got to see the best of everything - some of the greatest actors, very beautiful leading ladies and some great film makers and music composers.

There were so many talented artists, that listeners and movie goers were spoilt for choice. On the one hand we had the Great Greats like Anil Biswas, Naushad, Husnlal Bhagat Ram, Ghulam Mohammad, Vasanth Desai, C.Ramchandra,S.D Burman,Roshan, Ravi, Shankar Jaikishen, Salil Chaudhury, Sajjad Khan, O.P.Nayyar and others , who were all institutions in their own right and had their own distinctive style of composing music unlike the metallic noise you get to hear these days which all seem to sound the same - loud,vulgar and inspid! And then there were the second rung composers who in my opinion were no less talented than any of the above mentioned greats, but unfortunately they were not considered by the great film makers since they had a vast choice of quality composers , so had to remain satisfied composing films for B or C grade films. The films may not have made any impact but the songs are remembered and loved to this day because these composers too worked hard and gave very melodious songs for the films even if some of them never got as far as the theater. But the song albums became very popular and were heard on the radio...

In this article I am going to write about 3 such music composers namely Chitragupt, Sardar Malik and Narayan Dutta, who were not often approached by any of the top movie makers like Bimal Roy, Nasir Hussain,Guru Dutt , Raj kapoor or Mehboob Khan but nonetheless they did make an impact and once in a while did get a chance to work with some top film makers and whenever they composed music for any film, they came out with some of the most melodious and meaningful compositions . 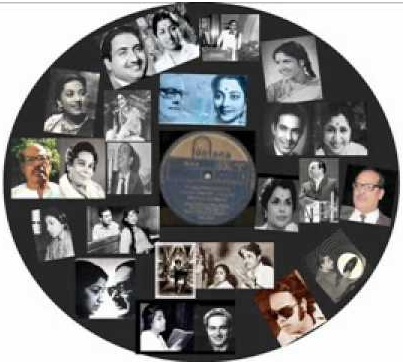 Chitragupt's full name was Chitragupt Shrivastava and he was born in a village called Karmaini in the state of Bihar on 16 November, 1917. Coming from a middle class family, he studied post graduation in Economics and Journalism. He Worked as a lecturer in Patna just to please his family but since he was very interested in films and music , and unable to convince his family to accept his wishes for a career in that line, he had to run away to Bombay to pursue a career as a composer in films. Those days there were already established music composers who were all extremely talented and it was not easy for Chitragupt to make a career on his own.

He began by assisting S.N Tripathi who was known for his melodious classical compositions, and got a break in 1946 for a small time film which never got released. However, after working for a few more obscure films he was recognised as a talent to reckon with when a Swash buckler film Sindbad the Sailor starring Ranjan and Naseem Bano ( Saira Bano’s mother) was relaesed with one of the duets ‘Ada se jhoomte hue dilonko choomte hue yeh kaun ‘ sung by Mohammad Rafi and Shamshad Begum became a huge hit! That was the beginning.

Later he did work for some big names like the AVM production house which churned out many hindi films in the late fifties and sixties like Main bhi ladki hoon, Ek Raaz, Bhabhi, Ghar basake dekho, Grihasti ,Maya Bazaar etc and all these films had melodious music that are remembered to this day. Mohammad Rafi’s ‘ Chal ud jaa re panchi ‘ from Bhabi and ‘ Kush raho ahale chaman’ from the film Main chup rahhongi have become his signature tunes easily recognisable by Chiragupt’s distinctive style of composition.

He composed music for nearly 200 films, the last film being Insaaf ki Manzil in 1988 !But most of his compositions were for fantasy and stunt movies which were easily forgotten but the songs were very popular always being heard of on Vividh Bharati and Radio Ceylon by popular choice. I have always been a great fan of this composer and find his compositions very melodious, soothing and timeless.

I could pick a hundred more melodies that I have been listening to all the time ...no matter what the films were and actors were Chitragupts compostions and melodies will remain right there at the top and he would be remembered with a lot of love and respect by all those who love old songs. 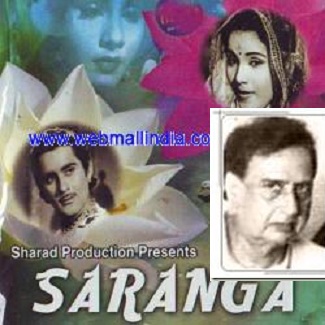 Another great composer in my opinion was Sardar Malik , who is the father of Anu malik who is famous and o[popular now. But Sardar Malik had it tough and his entire career was that of struggle and hard work because he was never considered as one of the top composers those days and had to remain satisfied with what was offered to him .But the kind of amazing melodies he came up with were not to be forgotten.

Sardar Malik was born in 1925 in kapurthala in Punjab and learnt music from Ustad Allauddin Khan and was trained as a dancer under the famed Uday Shankar. Sardar Malik was a good and initially sang some punjabi songs and later moved to Mumbai where he started getting both singing and composing assignments. But whe he saw the brilliance of playback singers such as Rafi and Mukesh, he realised he could not match them and so decided to compose music instead.

He was married to the sister of Hasrat Jaipuri and since Hasrat Jaipuri was already an established lyricist, he did help him out. But his early films like Renuka (1947) and Raaz ( 1949) were not his best.. His first important film was first Laila Majnu (1953) a Nutan and Shammi Kapoor starrer in which he gave music under the direction of Great Ghulam Mohammad. Later came films like Ab e hayat ( 1955),Saaranga ( 1960), Thokar ( 1956), Bachpan ( 1963), Chor Bazar etc.... less than 30 films in all but unforgettable nevertheless ! 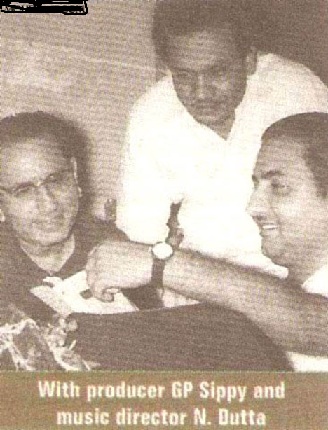 Narayan Datta Naik was a resident of Oroba in Goa. His was the usual story of running away from home when he was a teenager to make a career in films. But he realised that it was not easy and since those were the times when there was an abundance of talent in the film music world each one a giant in his own way and he had to learn the basics. He did learn some classical music and started his film career as a music assistant of the great composer S D Burman.

N. Datta assisted Dada Burman in a number of films in the fifties and learnt a lot from him and one can see Burman Da's stamp in some of Narayan Dutta's compositions especially yeh baharon ka sama sung by Lata Mangeshkar.. N.Datta got his first chance to compose independently for Raj Khosla's Milaap (1955), and the muisc was appreciated by audience and other composers as well.There were some really beautiful songs like 'Ye Baharon Ka Sama, picturised on both Dev Anand and Geeta Bali and 'Jaate Ho To Jaao Par Jaoge Kahan, one of Geeta Dutts very popuklar songs.The music of Milaap became extremely popular and N Datta came into the category of film industry's most eminent musicians during the early years. But after composing for films like Sadhana, Dhool Ka Phool and Dharam putra for BR Chopra he was not able to maintain the pace and began composing music for all kinds of films.

However, his melodies were appreciated very well by the audience and even smaller films ran on the strength of his music. Like for example films like Dr Shaitaana, Gyara hazzar ladkhiyan, Black cat, Rustom e baghdad, Kala Samundar, Dilli ka dada were all small budget films but were musically acclaimed...N Datta gave music for about 40 films in all and all of them were melodious and remembered to this day and were chartbusters at the time they were released.

I have written about just 3 composers here and will continue to add more such forgotten but unforgettable composers who have made their own special contributions to the yesteryear film music..

Will recession period in India come again in IT field 2016?