Music, food for the soul

Music ,especially melodious music that you have been listening to all your life time becomes such an integral part of you and your life style that it stays with you as a constant companion. I can hear a song from years ago and it transports me right back to a particular moment, am able to recall clearly when I heard it the first time and all other details related to it. There are some good times, occasionally some sad times, but the songs get imprinted on our memories forever.

Music is the food for the soul..We all like to go back to our own special time in life and if the music doesn't take you back far enough in your time it fails you. As people get older they understand better that time passes but memories linger and life is but a sum total of these beautiful memories. When a really favorite golden melody plays on the radio ( although I may have it on my mp3 player or my desk top) , I am transported right back to the exact time in my life that i first heard it , some during my childhood and some during my teen years etc .. They don't make music like that anymore !

I remember the first time I listened to 'Apne toh har aah ek toofan hai' from the film Kala Bazar , on the radio when I was a little girl, and can still feel the magic of 'O sajnaa barkha bahaar aayi', when I listened to it on the radio years ago, and ' Nain ka chain churakar le gayi' and 'Chale jaa rahe hai muhobbat ke maare'....or Asha Bhonsle's soul stirring ' Kis jagah jaaye kis ko dhik laaye zakme dil apnaa..incomparable melodies.

Then there were all those melodious duets, so many of them ' Mil mil ke gaayenge' or 'Aaja re ab mera dil pukare' or 'Yaad kiya dil ne kahan ho tum' , 'Raahi matwale', Dekh hamen awaz na dena' so many more, each one a masterpiece in its own right , coming together of brilliant melody and lyrics, never to be forgotten .These melodies have been giving a new meaning to our lives ,makes life worth living..;

I slide back now to decades gone by and pay homage to a few more of those versatile composers who were brilliant but never got to see fame like some of the other more famous composers did...In my first article I have covered 3 music directors namely Chitragupt, Sardar Malik and Narayan Dutta ( popularly known as N Dutta)... 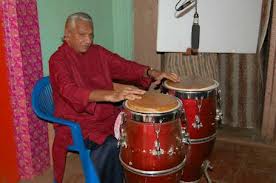 I can easily identify Dattaram’s unique tunes when I hear them even for the first time...I still remember the sweet melody of Meethi meethi batonse bach na zara from the film Qaidi no 911 composed by Dattaram. Dattaram Wadkar was a native of Goa and was popularly known as Dattaram in film circles.

Dattaram assisted Shankar Jaikishen in many of their films and one can see that their style influenced him greatly. But with all that he developed a distinct style of his own which was at once recognisable to music lovers. His romantic duets were extremely popular especially the ones with the great singer Mannadey like ‘Masthi bhara hai sama, Na jaane kahan tum the, Yeh Nasheeli hawa, Pyar bhari yeh ghatayen,...and solos like Aansoo bhari hai ( Mukesh ), Haal e dil hamara ( Mukesh) ,Aansoo bhari hai ( Mukesh ), Itne bhade jahan mein( Suman Kalyanpur).

Dattaram came from humble background , starting his life in Mumbai as a dock worker , being not well educated and poor. But, he had a keen sense of music and had learnt to play the tabla and began to play for Shankar Jaikishen’s Music team after Dattaram accidentally met him at a gym where he was helping out . Having seen Dattaram's potential Jaikishen encouraged him to assist in many of his compositions, and that’s how we see many later day music compositions of SJ having Dattaram’s mark on them especially in films like Main Nashe mein Hoon and Begunah , an unreleased film starring Kishore Kumar which had an immensely melodious duet by Mannadey and Lata Mangeshkar ' Din Albele pyar ka mausam, which could only have  been composed by Dattaram under the direction of Shankar Jaikishen!

He also became close to Raj Kapoor and composed for a few of his films outside of his banner like Parbvarish and Shreeman Satyavadi . He got a chance to compose independently in 1957 for the film Ab dilli door nahin, in which the song Chun chun karthe aaye chidiya sung by Mohammad Rafi became a major hit.

Later he composed music for films like Parvarish, Neeli Ankhen, Shriman Satyawadi, Qaidi no 911, Dark Street, Kala aadmi, Baalak, Santan, Zindgi aur Khwab and a few others. But once Shankar Jaikishen died ,Dattaram too lost his importance in the Rak Kapoor camp and he decided to call it a day in mid seventies going back to Goa and living a quiet life there... He is known for his compositions which are catchy, melodious and memorable – never to be forgotten by those who like old film music..

I am listing down ten of my personal favorites among his compositions..

A solid composer who contributed to the best of his ability ... 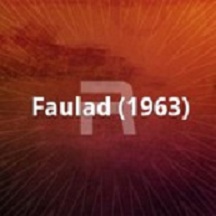 Another very talented composer, who has some of the most melodious songs to his credit- G.S.Kohli was yet another composer who never got his due in his life time but now is being hailed as one of those who knew what melody was all about. He started out as an assistant to none other than O.P.Nayyar and helped him out in many of his popular films .

He began his independent career with a small film called Lambe Haath in 1960.One of the songs Pyar ki raah dikha duniya ko sung by Mohammad Rafi was an instant hit and G S Kohli became known in the film industry. Later he composed melodious music for mostly B and C grade films like Mr India, Namasteji, Adventures of Robinhood, Faulad, Shikari, Char Darvesh etc...

It is to his credit that two of the most loved songs of Rafi ‘Maana mere haseen sanam tu rashke maahtaab hai’ and Pyar ki raah dikha duniya ko was composed by him ( for the film Adventures of Robinhood and Lambe Haath respectively ) His background score was superb and his tunes very melodious and hummable.

Now to list down ten of my favorite songs composed by G.S.Kohli

Sapan Jagmohan was yet another composer who missed mass adulation and great popularity because he got overshadowed by other big names like Shankar Jaikishen, Ravi, Naushad, Kalyanji Anandji , Roshan – there were so much of talent in the film industry during those days. In fact, even the second rung and the so called C grade composers were far more talented than the top music directors of today.

Sapan Jagmohan, music composer duo made up of Sapan Sengupta and Jagmohan Bakshi began their career as assistants to various big directors and began to compose on their own in the sixties beginning with the film Begaana which had many catchy and breezy tunes like Bulati hai bahar by Lata Mangeshkar, Phir woh bhooli si yaad by Mohamad rafi and Na jane kaha kho gay by Mukesh.The songs were well received and became very popular after which they followed it up with films like Jimbo finds a son,Aayega aanewala etc...

They composed music for more than 40 films mostly small time, sometimes even unheard of films right until the nineties after which they decided to call it a day. Some of the outstanding tunes that they composed came from their earlier films like Begaana, Teri Talash mein, Gustaki maaf, Chetana, Kagaz ki naav etc... Over the years they came to be associated with a style of music that sounded very similar to that of R.D. Burman.

I have written about three more composers in this article who never got their due all though they were talented and were able to compose some catchy and melodious music for films, but could not give out their best because the only films they were offered were either B and C grade films or the left overs that the other famous directors could not take up.This also shows that there was no dearth of talent during the golden era of fifties, sixties and early seventies !

There are many such composers in the film industry who composed unforgettable melodies in spite of all the struggle they faced and I will keep adding a few more of those in my future articles about Melody Makers of Yesteryears...

Does TATA DOCOMO become a leader in telecom network with its offers?