In my two previous articles on the same subject ( the link for which I have given below) I have already covered some details about composers like Chitragupt, Sardar Malik, Narayan Dutta, Dattaram, Sapan Jagmohan and G.S.Kohli, who all left their distinctive mark on film music . As we all know, the nineteen fifties, sixties and the seventies were considered the golden years of hindi film music.

Everything about Hindi cinema was at its best - the talented and beautiful stars, some great film makers and some of the best artistes and along with them were some of the best music composers ever. Before I forget, I must say that the singers of those days made all the difference and there were so many of them having their own style of singing - Lata Mangeshkar, Mohammad Rafi, Mukesh, Asha Bhosle, Geeta Dutt, Hemant Kumar, Manna Dey, Talat mehmood, Suman Kalyanpur, Shamshad Begum...so many of them , each a legend in his or her own right!

In this article I would like to write about 3 more composers who wre in the same category as the previous six composers. I will be discussing about Ajit Merchant, Iqbal Quereshi and Bipin Babul ( composer duo). 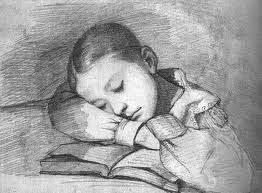 Veteran Gujarati music director Shri Ajit Merchant was basically a criminal lawyer from Mumbai who was also interested in music. Encouraged by his father , young Ajit had the opportunity of experiencing concerts of well known artists such as Ustad Abdul Karim Kha and other greats of his time which spurred him on to learn classical music under Pandit Shivkumar Shukla. Ajit Merchant began composing music in 1945 when C.C.Mehta, a well known Gujrati film maker invited him to give music replacing someone else.

His songs are enjoyed even today by those who love Gujarati music. Siner Mukesh was instrumental in introducing Ajit Merchant to Hindi film music. He gave music in Hindi films like Sapera(1961), Refugee(1948), Indra Leela(1956), Challenge(1964), Chandi Pooja(1957), Lady Killer(1968), Divadandi(1950), Lady Killer (1968) .. Known to be very punctual and a man of his word Ajit Merchant was respected as a composer although his first love remained Gujrati cinema.

From what I see ,Manna dey was his favorite singer since he gave him some of the most melodious tunes to sing. His 'composition for Sapera 'Roop tumhara aankhon se pee lu ' is one of the most romantic numbers ever sung by Manna dey, so also a duet from the same film Raat ne gesu bikhraye sung with Suman Kalyanpur ! 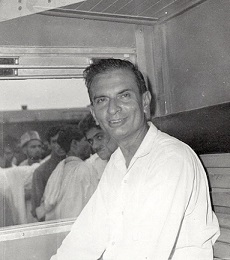 Iqbal Quereshi was always interested in songs and singing . He started his career by singing for All India Radio .He later began composing music for movies like Sipah Salaar, Panchayat, Pahadi Nagin, Fauladi Mukka, Night Bird, Teer Andaz etc. His last films as composer, by the name Ikbal Gill, was for Kaala Coat , Jaan Pehchan, both released in the early 90s. The irony is that his movies and compositions often got easily mixed with another composer called Iqbal Qureshi . 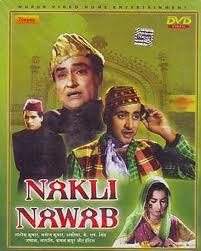 Bipin Dutt and Babul were composer duo of the fifties and sixties, again small time having composed music for a few, mostly smaller B and C grade films. Bipin-Babul both started their career as assistants to the great music composer Madan Mohan. They began composing music on their own in the early fifties starting with the film Shaahi Mehmaan, a small budget movie and later Salaam-E-Mohabbat.

They later went on to give music for films such as Chandu, Chaubees Ghante, Bus Conductor, Jungle King, Raat Ke Raahi after which they split in the mid sixties and continued o give music independently but sadly they hardly got any films after that .. Chaalis Din was the first film for which Babul composed music after the split. And Bipin gave music for the film Kya Yeh Bambai Hain. Very few details are known about the musicians. However, they gave some very melodious and foot tapping music in films like Chaubees Ghante, Jungle King where Babul himself sang a couple of songs along with Suman kalyanpur, Reshmi roomal , Raat ke raahi and even in Chalis din...

In this article like the previous two articles, I have written about three more composers namely Ajit Merchant, Iqbal Quereshi and Bipin Babul who never got their due in their life time and largely remained relegated to small budget and lesser known films. But they were all talented and had their own distinctive style of composition and were able to come up with some very catchy and melodious music  that is popular, is remembered and loved by music fans to this day.

I would again say that this goes to show that there was no dearth of talent during the golden era of music which was before the advent of rock and disco tunes which influenced the film music to the extent that melody took a back seat and noise took over.

( The images are from wikimedia image gallery)