Zika Virus is very much in news now a days. We all know about Zika virus hence I am not going to talk more about Zika virus but will be talking about the relation of virus and pregnancy and its effect on newborn and unborn babies. Spread of Zika virus during pregnancy has made a news as it has caused much harm to the baby and mother as well.

Zika virus primarily spreads through the bite of an infected mosquito of Aedes species family. This species is also known to cause Dengue fever. These mosquitoes are also more likely to spread other diseases like Dengue and Chikenguniya. Currently the outbreak of Zika virus have been occurring in many countries like Africa, Southeast Asia and Pacific Islands, however it was first noticed in Brazil. 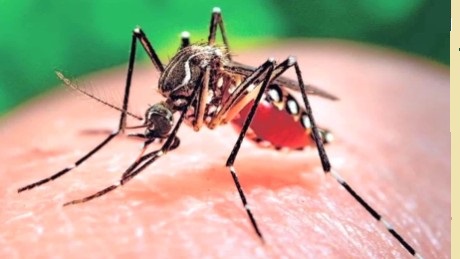 The most common symptoms of Zika disease are fever, rashes, joint pain and red eye. Zika virus infection does not need hospitalization and rare deaths have been noticed due to this disease, however this virus has severe effect on the babies and pregnant women. Women suffered from Zika disease during the pregnancy has given birth to the child with small headed brain or 'microcephaly'.

Pregnant women can get infected with Zika virus through two ways - Through the bite of an infected mosquito which is a primary way of getting infected and can also be spread through sexual partner as this virus is sexually transmittable.

Zika virus when spreads from pregnant women to the fetus it causes severe birth defect called as Microcephaly. According to the researchers, there is strong link between Zika disease during pregnancy and microcephaly. However it is important to remember that there are several other causes of developing microcephaly in the newborn babies (other than Zika disease). Other causes includes genetic factors, contact with certain chemicals like Pyriproxifen (pesticides) and certain other viral and bacterial infections during the pregnancy.

Some other defects are also seen in the newborn babies like hearing problems, ear problems and impaired growth of the body.

Zika Disease and Fetus or baby.

A baby who has traveled to the active Zika virus disease areas are highly at risk of developing this disease. Also mother who travel to the active Zika virus countries within two weeks of delivery is also at great risk of developing the disease in infants or baby. The virus can be transmitted to the baby in two ways - before birth and after the birth of baby.

Before the birth of child, virus is transmitted to the baby through the mother who is infected with Zika virus during the pregnancy. The transmission of virus after the birth of baby is still unknown. There is also no evidence if the virus is transmitted via breast feeding. According to Center for Disease Control and Prevention, babies born in active transmission areas must be tested for Zika virus within 48 hours of the delivery. Even mothers should be tested for Zika virus during the pregnancy and after the birth of the baby.

Let's understand what exactly microcephaly is and what happens to the baby during this condition. 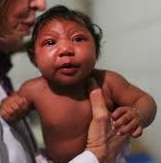 A condition where a baby's head is much smaller than expected as baby's head does not develop during the pregnancy or because it stops developing after the birth.

Depending on the severity of microcephaly, babies develop other problems as well like -

Most of these problems remain lifelong and cannot be treated. Some times they become life threatening as well in case of severe microcephaly.

Spread of Zika virus during pregnancy can cause life threatening microcephaly as well and baby becomes life long abnormal.

Are GMO Mosquitoes reason for the spread of Zika?

Many controversies are going on regarding the relation of Genetically Modified Mosquitoes and Zika disease. Many critics were of the thought that Zika disease is spread by genetically modified mosquitoes. However according to the Center for Disease Control and Prevention and other experts this is a rumor that GMO mosquitoes caused zika virus, in fact, GMO mosquitoes would help to fight the spread of virus. Natural Aedes aegypti mosquitoes are the only one that has caused this disease.

Zika disease is not a dreadful disease but it is important to take the precaution, especially pregnant women need to be more cautious. Any sign of fever or rash should be tested and checked immediately by local physician to avoid the spread of disease. Since Zika is also spread through sexual contact it is always better to abstain yourself from intercourse until you get fully treated.

Proper examination and treatment can help to prevent the spread of disease and thus many lives can be saved.

Covering up elephant statues in U.P.

Will It affect the fortunes of Mayavati? Will she win the elections?