Stories that rest in the deep valleys of Indus

Among the foreigners there existed a belief in ancient times that India is a land of old customs, superstitions and sati. Nothing existed here except black magic, uncivilized people and tribal men – many believed so. This myth was far spread by everyone that British laid the foundation stone of modern civilization in India. This assumption was proved wrong exactly the same day when a British engineer John Marshall produced a few proofs in 1920 that there existed a great urban civilization in India about 3000 years ago, much advanced than even Egypt and Greek civilizations. In total surface area too, Indus valley civilization far exceeds other ancient civilizations of the world, thus fixing India’s position in the cultural map of the world. Thus many historians called Indus valley too the cradle of civilizations, along with Nile of Egypt and Euphrates-Tigris of Mesopotamia. Through this article, let us travel 3000 years back and go back to our ancestors who were far better than us in intelligence as well as architectural knowledge. 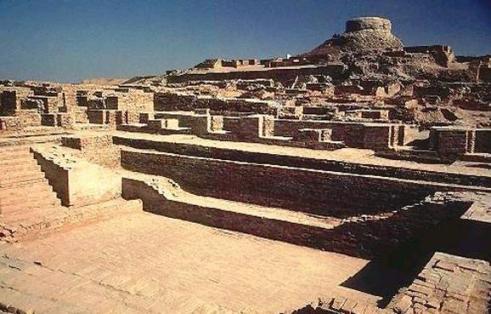 The mystery was unfolded in the year 1921

It is nothing short of a mysterious movie reel. This incident happened in the year 1921 when British were ruling India. They decided to construct a railway line connecting Lahore and Multan. While they were digging the soil for the project, first evidences of this civilization got exposed. An archeologist named John Marshall conducted experiments along with his team in this region bringing out many solid proofs of a culture that existed here centuries ago. With the help of R.D.Banerjee and H.M.Walsall, excavations were conducted in the surrounding regions and world witnessed the biggest civilization of the world and the mysterious truths.

Biggest of all civilizations

City planning is a great wonder

Their construction and engineering skills are still great wonders. Their vasthu and architecture gave preference to uses and benefits rather than concentrating only on the beauty of the city. Constructions and planning of both Harappa and Mohenjo-Daro are almost similar. They gave equal preferences to roads, streets, junctions, lanes, dwellings and small broadways. Also, all constructions were almost uniform. Buildings were constructed using burnt bricks from kilns. An ordinary home had one inner courtyard, about 6 rooms, bathrooms, toilets, kitchen and well. It’s most amazing to know that each and every home had a drainage system also.  Drainages were covered using natural stones or bricks. Two-storied homes were also made at that time with more than 30 rooms. Homes are of different sizes and shapes.

Iron? What is it?

People of this ancient civilization used metals like gold, silver, bronze, copper etc. But no traces of iron weapon were found. Weapons like axes, knifes, swords, bows and arrows were made of bronze and copper thus proving that they never used weapons for defense purposes. These soft weapons also prove the fact that they were peace loving persons who kept themselves away from wars and fights.

Kitchen utensils made of stone, clay and elephant tusks were discovered from Indus valley. Vessels made of soil and clay were burnt, well polished and coloured before using. 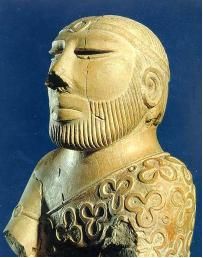 Inhabitants of this civilization were beauty conscious and loved ornaments a lot. Both males and females grew their hair and used hair pins of gold, silver and bronze to tie up their hairs. Both rich and poor used ornaments and their collection include waist chain, bangles, rings, chains etc. Men used to wear bangles, chains and rings while ladies used waist chain, anklets and ear rings also, along with the ornaments used by men. But remains of nose rings were not found in those discoveries. Among the ornaments mined out, gold, silver, oysters, diamonds, bones and bronze were most commonly seen.

Harappa is situated in Punjab provinces of Montgomery district. This centre also shares almost same surface area as Mohenjo-Daro. Whole process of construction is well planned. In Mohenjo-Daro a well is present in each home premises while in Harappa, a public well is built at the starting point of every lane of the city.

Mohenjo-Daro – The valley of death

Mohenjo-Daro is now a part of Pakistan. It is located in Sind, in the western banks of Indus river – Larkana district. ‘Place of death people’ is the literal meaning of the word ‘Mohenjo-Daro’ in Sindhi language. There is a folk tale connected with this mysterious name of the city. Once there lived a cruel king in this city and seeing his bad deeds, God became angry and destroyed the city completely in one night. All people of the city lost their lives and thereafter, the city came to be known as Mohenjo-Daro.

From the remains dug from Mohenjo-Daro, pieces of cotton clothes were also obtained. It’s believed that banks of river Indus were once one among the centres of cotton cultivation. In Greek language, cotton is called Sidon. Certain historians and archeologists believe that ‘Sidon’ is derived from ‘Sindhu’, the original name of the river Indus.

In Mohenjo-Daro, remains of a beautiful swimming pool were found. This pond makes us wonder even today and in architecture skills it’s far advanced too. This pond is 39 feet long, 23 feet wide and 8 feet deep. Burnt bricks were used for its construction and to add its beauty. There are provisions to fill and drain water from this pond. Separate bathrooms nearby are another specialties. This particular pond was mostly used to perform religious rituals. 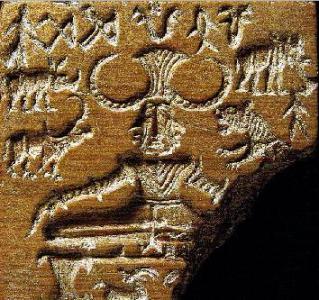 Among all the remains found, most mysterious are the remains of writings and scripts. About 2000 seals have been found from these deep valleys and they still remain as unsolved puzzles. It attracted the attention of historians from all over the world. Many people even tried to decode those letter locks, but efforts are futile. These scripts have been compared with Sumerian Cuneiform, Egyptian Hieroglyphics and Indian black magic signs. Yet, still remain unreadable. So historians assume that they might be some business calculations, documents or accounts.

Sind people cultivated different agricultural products near the banks of Indus River. Flow of river brought with it fertile soil and in that moist soil, people cultivated cotton, barley, maize, wheat, water melon, palm, banana, sesame and peas. But solid proofs have not got yet about rice cultivation in the banks of Indus river. But in Lothal (one among the most prominent cities of Indus valley civilization) and Rangpur of Gujarat remains of rice husk have been found in clay pots. Among birds, they kept hens at homes. They also kept goat, bulls and sheep. It’s believed that continuous farming in exactly the same locations resulted in the loss of fertility of soil thus resulting in the gradual death of this civilization.

How did the sun set in the valleys forever?

Till now, it’s a mystery. No solid proof is telling about the death of this civilization. Harappa civilization was completely ended around 1500 BC and historians have contradictory opinions for its reasons. Floods of Indus river, scarcity of water, natural calamities, change of direction of Indus river – conclusions derived are many. Loss in agriculture and invasion of Aryans are other quoted reasons. It’s believed that when Aryans reached India with strong iron weapons and chariots with horses, peace loving people couldn’t resist them.

Hot Hits: 1106
I am a house wife who is interested in reading books, writing poems and experimenting new recipes. I always love to search web to explore new findings and interesting pieces of knowledge. I am a well-social person who loves to be in the midst of friends and try myself to be engaged in any form of activity as I believe 'Human life is the most precious thing that God has gifted us, with time being the most essential content of it'. So I desire to live each and every moment of life with full happiness and satisfaction.

The Indus Valley civilization was a great wonder and it is amazing how advanced were they during their age. Even today we do not have as meticulous planning as was in their time.

Top reasons for divorce: Part-2 (506 Hits)
No married couple wants to end up getting divorced. It is not like they have planned for it. They try to put up with their partners for as long as they
How to improve digestive health (336 Hits)
Due to our modern lifestyle, we feel that digestion related disorders are a common problem. Thus, we neither give importance to them nor seek any help
Top reasons for divorce: Part-1 (372 Hits)
The bond of marriage brings the two people together. Initially, everything may seem okay and both of them slowly start discovering each other in the journey.

Yoga and Pilate during Pregnancy
Pregnancy is the time that requires you to be in best of your health. A good health means complete well-being, which means you have to be fit physically,
4 Effective Yoga Postures for Strengthening Muscles
Since time immemorial, Yoga has been a most reliable method to heal the common health problems. It is basically about practicing some body postures daily
Winter and your exercising pattern
Exercising habits during winters The younger generation has taken to exercise with great zeal in recent years especially watching the bodies of their
Exercising in a hot weather
Exercising in hot weather is a persona preference but there are some time tested benefits of this method.  Exercising in hot weather raises the body
Yoga for Migraines
Extending, breathing, twisting none of these exercises sound great to a migraineur in the throes of a cerebral pain, yet they ought to. Yoga is a physical