India is a land cultured by rich diversity, heritage and a glorious history. India is also a land with huge population, the major part of which constitutes the Youth. The Indian Youth are by far the best in the world due to their agility and their power to change the stature of the country with their literacy and employment rate. In a country mostly dominated by politics, the Youth are the game changers, henceforth; they are taken seriously because of their huge numbers. So what exactly are their responsibilities? How well they understand and leverage their rights and how willingly and efficiently they are able to shoulder these responsibilities, is the question of the moment. 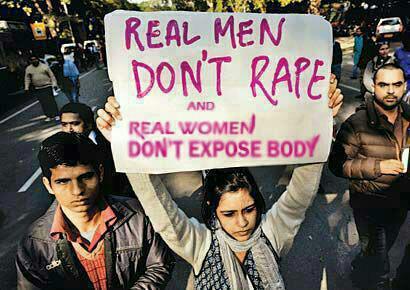 We have a list of youth who are promising, and have even entered into the 'maayanagiri' called politics. The evidence is the Central Cabinet Young Ministers Sachin Pilot, Navin Jindal, Supriya Sule, but reality is that they have political support. Akhilesh Singh emerged from the likes of Mulayam Singh, Rahul Gandhi always had that Gandhian advantage over others, so much so, he is the frontrunner for the Prime Ministerial post. The main question is that, is it only meant for people with relevant backgrounds, or can it be achieved by people who rise from a simple 'aam aadmi' portfolio?

Today, for every agitation, protest or a ‘dharna’ the youth behave as the fulcrum. But the time has come they rise above the flaws of communalism, Hinduism and Jurisdiction to showcase a replica of pre-independence like situation. Time has come to change the country, time has indeed come to change the system which lets the perpetrators go without a single scratch or even leave them with very meager punishment. It’s TIME the youth stand out of the political influence and move beyond the artificial candle marches, the Move-On attitude. Every time there is violence, we come out of our houses, but do nothing to improve the existing system; instead, we witness the crime with our jaws wide open. We stay tuned to news channels 24*7 for the drama to unveil openly. This westernized culture that we have adapted to, sparks off the youth by mere an SMS or a Facebook post. Such is the world we are living in, which in a way is mostly influenced by the political parties across the country. They rather,  use the youth as a catalyst to enhance their ballot boxes. All the rush of blood and the anger at last halts by the golden words of our politicians, because it is WE who have voted them to power and it is only them who could change the system by passing laws in the parliament.

One individual may die for an idea; but that idea will, after his death, incarnate itself in a thousand lives. That is how the wheel of evolution moves on and the ideas and dreams of one nation are bequeathed to the next.         ~ Netaji Subhash Chandra Bose

We live in a country where 'just a day' in your life can give you all the benefits that you crave for in life. At the stroke of 18 years, you are no more a juvenile, you are eligible to vote, you can have a driving license and even drink liquor. There are several other flaws in the constitution which need to be immediately reframed. Women need to be given a special status and treated with much more respect, to do away with improperly conferred tag of damsel in distress, even try to help people in need instead of watching them suffer.  The entire youth society is under the dire threat of being coaxed and deterred. So the time has come we have to rise to the occasion and deliver a belligerent opposition towards these amiss constitutional amendments, to stay away from the canards of the politicians, to raise our voice against the malice prevailing all over . In advent of this exigency there is no way out to wriggle out of the dilemma rather expeditious action should be promised. We should transcend being cajoled and stop being played to entice by so called ruling authorities of the country. The day we move beyond these boundaries, leaving behind all our inhibitions ,that will be the day which will feature the name of our country in the annals of world context  as one of the powerhouses of the world, and we all have a role to play and can live with tandem and harmony.

Hot Hits: 872
A simple man with a vision behind what he writes. Loves to dance in the rains and respects women. Believes in being down to earth and tries to put the general feelings of a common man on paper when he is not on his duty of a developer in a software firm.

Which Company Provides Low Internet Rates from your point of you...
Message!

Top reasons for divorce: Part-2 (804 Hits)
No married couple wants to end up getting divorced. It is not like they have planned for it. They try to put up with their partners for as long as they
How to improve digestive health (531 Hits)
Due to our modern lifestyle, we feel that digestion related disorders are a common problem. Thus, we neither give importance to them nor seek any help
Top reasons for divorce: Part-1 (648 Hits)
The bond of marriage brings the two people together. Initially, everything may seem okay and both of them slowly start discovering each other in the journey.