You are also responsible for your child's arrogance

What is wrong with your child?

You never thought that your child would become so arrogant that he would refuse to listen to you in front of others. He would change to the extent that he would never feel bad after committing a mistake. In case your child is not listening to you despite your best efforts and doing as per his own wishes or not behaving properly probably arrogance is his problem. Your nuclear family could well be one of the reasons behind his problematic behavior where children grow up with parents who always try to present their child as if their child has no parallel in the world. That spoils habits of the child because a sense of arrogance takes over him when he listens to all praises true or false, showered on him or he finds himself at the center of all the limelight. All his demands fulfilled without considering his actual needs but just because he wants them.

Your child your status symbol 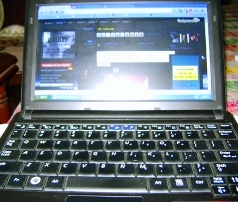 Your child becomes your status symbol who must have every thing that others have whether he needs them or not.  Behavior problem in your child is your fault because you want to give him unnecessary importance and that is what his main reason of self-centered becomes as he begins demanding unnecessary items. He begins feeling too proudly and thinking that whatever he would ask for is his right and his parents would bring it for him. He feels himself some one out of the world who deserves all the attention without knowing the difference between arrogance and proudly. In addition, such children never know the difference of such matters because parents are either too busy or they themselves lack skills of parenting.

Have you ever thought that why your innocent child turned into a problem child despite you taught him best possible manners! Now the big question that comes to your mind is how to bring him back to normalcy to get rid of his unwanted bad manners. You never imagined about whatever your child learned without you having a clue of what he was at while you thought that he was doing every thing according to your teachings.

Are you in a hurry?

Too much of media exposure is another reason that plays its role in spoiling your child. Your child wants too look the way the children appear in serials or adverts and to make things worse even some parents do not mind wishing the same way for their children. Parents go to the extent where they wish to teach them every skill in a hurry without taking into account the capabilities of their children thinking that these skills would increase values of their children. This all gives just one result that children commence behaving like adults suddenly and by the time parents wakeup the situation becomes too complex and almost beyond repair.

Over confidence and arrogance

The fact is arrogance spoils them to the extant that their friends cutoff from such children and mind you they learn this from their surroundings with media adding its bit to the problem. The tender mind of children learns a lot from TV making big impact on their immature minds. However, the tendency of arrogance wherever or however they become victim of it makes near irreparable harm in their behavior. However, wherever they pickup the habit of arrogance this only makes them lesser popular among friends, because quarrels among them become regular feature. The child with arrogance becomes the victim of over-confidence for wrong reasons and that too harms him to great extent as he thinks that things would turn his way automatically without him doing efforts for the same. 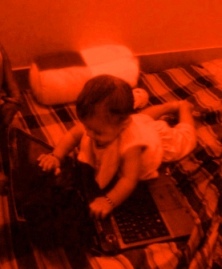 Now this is up to you to decide who should know about exact expectations from your own child. Decide for yourself, whether you want to make him a successful and hard working one who knows how to behave properly or a number one in every field of life, which is not practical. I am sure even you too are under the falls impression if you think he can do wonders in every field of life, which is not possible for a normal person unless he is a movie star. Only movie stars or TV stars can do such things like change dresses every five minutes, fight with ten people single handedly or become rich magically, in actual world it takes hard work to achieve all of these.

You should take a class of proper parenting

That is right, in case you think that you child can do and act like a movie star, I think this is you who needs a class of proper parenting where they teach parents to treat children in a practical way. A child psychologist can solve most of your problems by suggesting you ways to get rid of children’ arrogance those harm them and their future to great extent.

Schools also conduct awareness programs regarding life skills from time to time for the benefit of their students, which help their students develop good habits. They do it by dividing children of a class in different groups and keep a close watch on them. You should talk to your child suffering from arrogance and tell him about side effects or ultimate bad results in clear manner to let him know the consequences. Tell them the difference of right and wrong to help make them good citizens. Let him know about the difference in a good or bad in a certain manner and even if you have to take some strict steps, do not hesitate to take them.

To keep your child in proper manners and normal ways the responsibility is entirely yours, you cannot let him spoil his life by allowing him act strangely just because you do not have enough time for him or you are a working couple. You must give him enough time to see to it that he does not live in a world of fantasy; he should be taught to behave according to his age. You should take every step to see to that he does not fall pray to arrogance and has proper communication with his friends.

Hot Hits: 579
I am having fun with a laptop and few cameras.

India Must Beware of the Security Environment; It is Red Hot
In a seminar which I attended at the NDC in Delhi, speaker after speaker cautioned the Indian leadership about the growing danger to India from our immediate
Johny be good..
Johny was skating down the road on his skateboard, swerving away from the curb, bustling through the traffic... The sun in the sky, the gentle wafting
Donald Trump is steering America into the uncharted Ocean
Donald Trump won the election but lost the popular vote. This is the dichotomy of the American election where it is not the case of first past the post.
Modi on Road to Make History
Narendra Modi swept to power in a gigantic wave, not seen for over 3 decades as he beat the moth-eaten UPA government led by the lackey of the Nehru- Gandhi
Travelling as a part of education
Introduction  We all have a powerful desire in our mind to see the unseen and to know the unknown. As a result we spontaneously seek for travelling