Woman is not the same anymore - She knows much better

Woman and her desires

It was not long ago when a woman was happy to see that her husband provided her basic safety needed in a house, family affection, education to kids and money for luxury of life to a certain extant. A woman was satisfied if her husband earned enough for smooth running of his household and a word of praise for her efforts for making her contribution toward making a house comfortable place for other members of the family. The husband was considered in prime role as breadwinner and making efforts to other roles that he did to provide best support to his family therefore he was allowed to stay out for longer periods in the process.

However the time is not the same as it used to be a couple of decades ago and with the turning of new century we have entered into a new era where woman is comparatively more independent, the present age belongs to modern mothers and women who can put their voice forward more forcefully. Most middle classes have come out of mentality, which thought only men were able to work and earn, now women are contributing as much or even more in some cases as far earning part is concerned. Women are not only earning good but they know the art of management and finance to compete with men on equal terms.

The women have proved themselves in education, jobs with high salaries or business abilities although they still find themselves as much involved with their age-old traditional work of managing household maybe with more support coming from other family members or hired hands. The basic thought that a woman is made to manage her family and household in shape is probably left somewhat in background with real hard work put in by women in every field of life. Modern women know about economical issues, carrier building and future planning better than men do perhaps or almost as good as their men folk do.

Management is an art for women

Women today know how to manage their family, job, motherhood along with other responsibilities with equal expertise, the fact is they are good at multitasking who can handle more than we can expect from a man. And this is truer in today’s concept where the marriages are not as safe or partners are not as willing to keep them safe as it used to be until a couple of decades back. Probably that highhandedness of men was the reason or motivation that women tried her best to stand strongly on her own feet to manage her life in a better way.

Marriage is no more a safe heaven for today’s woman but an institution where she is an important partner or an unwritten agreement that reads that both partners are as important as other is. They are no more interested in financial safety only but need entire equality in every field of life including recognition of their own independent personality and freedom to achieve their targets, which they are so much capable off and their own personal space to move freely in the society. They know their responsibilities toward their families but they wish to handle them in their own ways with full rights.

It is matter of give and take 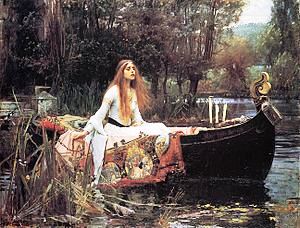 We expect a lot from women that she should have lot of patience and unconditional love for husband and other family members, but don’t you think that they deserve the same in return. We should not expect them to compromise every time something goes wrong but we should care for their self-respect. We should come out of the mentality that women are made to bend to compromise on every matter including ill treatment being served to them by their own family members. Even parents of an ill treated woman suggest her to surrender and accept her fault to save her marriage thinking that it is woman who suffers most by a broken marriage.

We should pay love and respect to our women and this should be real, not for show purpose as we hear people keep saying ‘I love you’ not a bad idea as long as one is willing to convert it in real action when the need arises. We must come out of this mentality as soon as possible and should see to it that we respect our women ‘at par’ basis, which should be the best gift for them, it is matter of give and take. The need of the day is to make our women feel important and do something that keeps them assured of a happy life with every passing day an occasion to celebrate. We should ensure happiness for them by taking utmost care for their mental and physical safety that perhaps would be best gift for them.

They know about their responsibilities

If you have seen women traveling to and fro for their work, you will find them doing some thing related to their family members beginning from knitting to working on their laptops or talking to their grocery supplier or maybe reminding for delivery of gas cylinder. However, we should consider that the time has come when we should understand that a woman is not solely responsible for all household work but we all must support her to enable her to live life her own way. Women are responsible enough to know their duty, which they discharge almost every minute with total commitment. Supporting women with our efforts could prove a real gift of love for them, far more greater than we display through hollow words.

Woman’s family should be treated equally

Isn’t it funny that when an educated girl enters in her new home after marriage she is considered as if someone has entered in the household who will take care of every need of household including their financial needs. Even the family members including parents are considered inferior to those of boy’s family and supposed to agree to every condition imposed by boy’s side. They are treated in a manner as if the boy’s side belongs to ruling side and every one from girl’s side are their slaves. This bad tendency should be replaced by treatment on equal terms in between two families with love and affection to keep relations cordial. This change will make a big difference on woman’s confidence level because even after marriage she does not forget her parents who brought her up.

Women should be equal partners in family affairs

Most husbands do not consult their wives while taking a decision about purchasing property, insurance plans or saving plans neither they involve them in family property etc. The fact is that most women are not aware about their property, bank deposits or disputes of property among family members as no body cared to inform them about that. There is another fact that women have their proved their management skill especially finance related therefore taking them in confidence in such matters would only benefit the family.

A woman is best as part of the team member who knows to play her role with best of her abilities. Inclusion her in the management of home and finance related affairs would be in best interest of a household that is a proven fact. If women are considered responsible for family welfare with so many other responsibilities then making them responsible for finance and allied affairs should help the cause f a family on better terms. 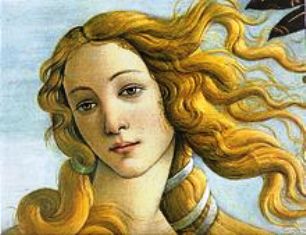 It is a combined venture

Yes, a family is like a combined venture with every adult member as much responsible to run it smoothly. The same is applicable for upbringing of children who are considered a responsibility of a housewife even if she is a working woman. The time has come when the woman should get some support from other family members to take proper care of children to spare some time for her own personal space. Husband should not remain a mere spectator while a child need some care and wife is busy in other household activities. If a husband is cooperative in managing of household and upbringing of children, he is perhaps giving the best gift to her wife, costlier than diamonds.

It takes only a few minutes to make a woman happy if you only say a few words to appreciate her efforts. You should now that every one and this is truer for women, feel happy if you say a few words of appreciation when they do some thing to make you happy or anyone for that mater, it does not cost a dime but proves too effective to make them feel better. A word of praise is again as good as any other gift and the vibes it create among the couple is like a dose of boost to happiness. Love is the basic of happy family life that you can add with small things like appreciation, help, confidence building measures, keeping her problems in mind and find a solution with a smile, these may sound simple but the result is unbelievable.

Hot Hits: 728
I am having fun with a laptop and few cameras.

Are you in love?

Top reasons for divorce: Part-2 (575 Hits)
No married couple wants to end up getting divorced. It is not like they have planned for it. They try to put up with their partners for as long as they
How to improve digestive health (391 Hits)
Due to our modern lifestyle, we feel that digestion related disorders are a common problem. Thus, we neither give importance to them nor seek any help
Top reasons for divorce: Part-1 (451 Hits)
The bond of marriage brings the two people together. Initially, everything may seem okay and both of them slowly start discovering each other in the journey.