Marriage - A love and hate relationship

Woman and man are inseparable but they have some basic differences. They have a true love and hate relation despite the fact remains that they cannot do without each other. This is nothing new but going on for ages. Some of the points raised by woman are small and simple while some of these are very big and need to take care. You can call the relations between man and woman as real love and hate relations.

Look at the man’s version 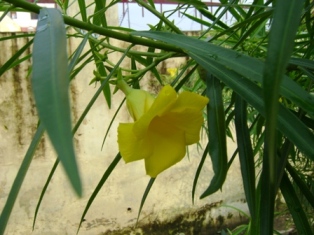 A man is never comfortable whenever in the company of women whether this is his mother or his wife. A man is always accused of being partial by his mother and a mama’s boy in the eyes of his spouse. Man is a cow tied with two ropes; one of it is in the hands of his mom and the other one in his wife. They both keep telling him their own versions but no one wants to listen to him- the result he always finds himself in a fix.

A man thinks that once the boy is married the parents and other relatives should consider his situation sympathetically as he has to look after his own family; he is no more alone and responsible to parents only. They should consider that their son is some one to look after and a married person who has to prove himself a good husband along with being a responsible son. He has a wife to take care and look after who has none else apart him. However, that is not so and no one wants to consider this point seriously. A man has no alternative but to listen to his wife at one hand and parents at the other and still finding no proper solution.

Every man wants to take care of his family including his in-laws with total care and affection but never succeeds in doing so. Because he finds himself in such a position that when he tries to solve problems of his parents and other family members his wife finds it objectionable and when he tries to favor his wife every thing goes wrong, in fact all hell breaks loose. The man never understands how to come out of such a situation where he becomes so helpless. Man finds it tough to satisfy his parents as well wife despite trying his best to keep a perfect balance but never succeeds because no one wants to understand that he has to go through dual responsibility to keep his family happy at both fronts.

There is another point that should be taken into account while expecting a man to act with proper responsibility. He must get at least one year to make a proper adjustment with his wife and there should be no interference from his parent’s side. A man tries his best to make an adjustment in between his parents and wife but fails most time because most parents do not accept the fact that their son is a husband now and he has to look after his wife also. They simply do not understand the fact that this is normal and happens with every one. This is an age-old problem in Indian society although this is disappearing with advent of nuclear families where man does not have to face such problems. However, if both parents and wife understand his problem with open minds most of the problems would solve easily 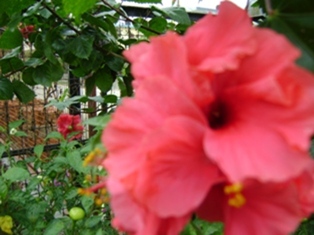 Man is chameleon who can change colors as per occasion. They can win a woman with love but they think this is their right to win her with force. She is her slave whom they can treat the way they like. Our society is male oriented and man is a male chauvinist pig who finds different ways to harass her. Although a society consists of both sexes but that is bookish only the fact is different, woman is follower where as the man is leader, all the way. Woman has been sent on earth to fulfill the needs of a man and produce children. If she gave birth to male children that is perfect but if it’s a girl that too is her fault.

The man is not happy the way woman is trying to gain a better position in society. Men reacted very harshly while the reservation for women was discussed. If we see women everywhere that is because women have done hard work for the same but men think that the women are getting all this courtesy men. Men do not want any reservations for women anywhere buses, trains, jobs or preference in queues, they feel offended by such concessions for women. Men rather enjoy sitting on ladies seats even if the whole coach is vacant and would never offer her a seat if she wants to sit on seats reserved for her.

Once again, the man changes colors like a garden lizard, which turns green while in garden and muddy colored while in open, he can hide his true colors in a moment. He finds all faults in women and himself clean and pure. No man has a strong heart like woman and at the same time tender too. Man does not want to change but tries to find all shortcomings in a woman. Man fears a woman if she changes her colors too which she does only very rarely however man does not show any signs of changing his ways.

A man wants to keep woman under his control without taking in account his own condition whether he is sick, skinny, fat, earning, non earning , educated or uneducated but he thinks he is the boss. There is no consideration for woman whether she is his mother or wife, sister or daughter a man thinks woman is his property whom he can treat the way he likes. A man thinks looking at other women his right and women are not wise enough to decide for themselves However, the fact remains that women are the real motivators and force behind a man’s success.

A man thinks that a household runs properly because he is making efforts to do it, to run it properly  but he is not aware about the real capabilities of a woman who can handle house and outside world together without showing any sign of fatigue. A man finds himself tired just by spending a few hours while out for work and wants all the care as soon as back home with different demands. They never think in same terms for her who gets up before any one else in the morning and handles every thing smoothly including household chores and outside work without tiring. She never makes any complaint while handling children, office and home effectively and never mentioning it even for a single time.

The only complaint a woman has – ‘when these men would understand the needs of women who want nothing but love’ if the men learn to behave well the world would be a different place to live in.

Photos from self sources

Does Secularism play a vital role in the parliamentary election?