Men and women - Love and fight

Men and women have long lists of complaints for each other but their traits always are different and none of them knows this process easily for instance- Men thinking in terms of ‘I am fine’ while the women think that men never admit about their problems despite having them in tons. Men 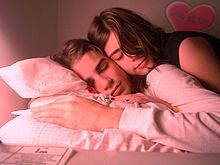 find it as moral boosting to not to admit their shortcomings. The fact is this is never easy for men folks to admit their faults because they are not good at this, which is an art. They hesitate to admit that they ever committed any mistake because it hurts their ego. However, if women point their mistake in a sympathetic manner that would reassure them that accepting their faults would only help them becoming better and nothing else. That may force them admit their mistakes probably but not as easily as said because no can count the number of people on your fingertips who would accept their faults easily.

Two people hardly think alike and the chances are remote that one of them is man and another woman. Probably there is none who would admit that he committed a mistake or had weak moments at a particular point therefore you shall have to accept them on ‘as is where is basis’ maybe later you can make them accept their mistake and mold accordingly. However, this is not an easy task and you shall have to be patient throughout the whole process. The right to make them understand their fault is to never pressurize them for the same because men never like highhandedness in such matters but this is for sure that they will accept it if the matter handled the right way with right attitude.

How can I know every thing!

Most men think that women expect them to understand their problems without their telling them and the problem arises when women think that we do not want to understand them despite knowing about their problems! Complex situation isn’t it. If men feel that they are blamed for a matter out of context, they could be right! Their feelings that how could they know each and every matter unless explained properly. How would they know everything without a proper detailing has its proper weightage! Women should be more considerate, men are not their enemies after all.

If you think that only some people face such complex situations, they are in for a surprise perhaps. There is big scope of giving it a proper thought to think on a different waive length to avoid it making a battle ground of sorts. A couple knows that they are two different creatures who have different levels of thinking but despite realizing it in totality they never cease to fight or at least stop having differences, however smart or wise they are. A woman always want to get best out of his man maybe that is not in form of diamonds, or expensive items but she definitely wants best of his understanding, maturity, well groomed and perceptive and her expectations are surely not too much. However while you ask a man about it he would always laugh you away with ‘ I do not want a challenge but want to be challenged’ now whatever that means. 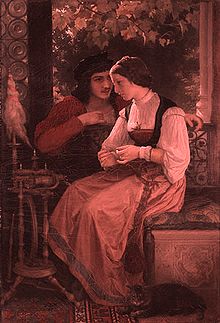 Ultimately, the expectation of women that men should understand them without telling them about their needs is little too much because men although they would never accept it but they are not as good at this point as women are, who understand men’s demands far better. Perhaps that is one reason that women miss the point when it comes to express their feelings in a straightforward manner and suffer ultimately because they think that men too would understand them the way they do understand them. However, women should talk to men in the language they understand and should make them understand their point if the men are missing it for not being as intelligent as women think they are, simple as that.

Men are not attentive

Men think that women should know the limit of men want to share with them while the women think otherwise and want to know every thing in detail and in depth. They both are right perhaps because that is how the men were taught to share only limited information with women. This concept was right maybe in olden times but with so much to share with each other perhaps this version of information sharing would not work any more. Some times too much of questioning from women could well be the reason of hiding from men’s side and not responding to their queries may hurt women’s feelings. Most women think while men do not respond to their queries that they are not attentive or not listening to them properly although this could not be the whole truth. Men never were able to multi tasking therefore they cannot handle many problems at a time and while they are busy at a more complex situation, women are right as they are not listening to them indeed. In fact men have a basic shortcoming that they only concentrate on topics where they feel they must concentrate.

This could well be wrong on men’s part as they should listen and concentrate more while women want to dig deeper. However there is another possibility associated with this particular chapter that women should not insist beyond a certain point because men would share it with women only when that particular topic is affecting them. Another reason of not sharing about a particular point could be that it may disturb their peace of mind and men want to keep it from them. This is advisable for both the parties to have a clear conversation, trust each other, never allow ego to disturb your peace of mind, and never blame each other for a bad situation as that is only random and not intentional by any party.

I know that partners in a normal relation do not want to make things worse by doing silly behavior but to understand your partner you need to understand them better. Both of you would have to know the root cause of their unhappiness. Start right from beginning, begin from their childhood maybe the root is hidden deep. Ask about their achievements in life that may cause them depression, which they let out here while any of their desire is not fulfilled. Ask about their hobbies, you can use your sense of humor in place of being too serious or rude. You can even go to take a few lessons about art of living that would help you immensely and immediately while you would see the difference.

There is nothing like appreciating each other that works wonders and yes if your partner spends hours to look beautiful you too can spend a few minutes to groom yourself, a small measure but can do a word of good for your relations. Finally men and women would never come out of this battleground of differences not because they are made to fight with each other but for simple reasons that their ways of thinking and necessities are different. Try to reduce some gap, the fight would go on because you cannot stop it forever.

How many girls are there in your life at present?