Woman is not sex toy

The woman and our society

It may sound strange that the woman who was worshipped in this country as a mother, sister or inspirer is looked upon as a mere ‘sex object’ today and that too when she has reached to newer heights of education and every other field of life. What could be the reasons behind such a mentality of our society! Although our society had long been male oriented where code of conducts differed for boys and girls, perhaps that is the basic reason that our society treats women as an inferior part or a sex object because that is how they were taught to treat her. She is merely an item meant for use and through and that is what happening with her with no signs of change taking place despite all the talks we hear about laws and development programs to uplift her position. But is that so? 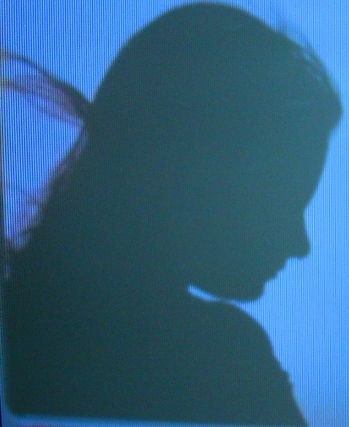 That is right if we look at the present scenario we shall find women working as CEOs, pilots, engineers, doctors, teachers, politicians and what not. Women are driving cars, two wheeler participating in sports at international level getting the best education available but are they better than women in Afghanistan or any other Islamic country where women have no equal rights? Perhaps our women are worse off because they have to suffer two ways, one they have to go out and struggle for their survival and at the same time suffer from the hands of male chauvinistic pigs who consider women as their toy to which they can treat the way they like. This is not happening on the roads only but everywhere, be it workplace, schools, colleges, public transport or even in their own homes, women are safe nowhere. No women of any age group is safe any where especially the so called educated women who considered softer targets because they have to go out and face the crowd mentality on the different places where they visit in connection of their work.

The facts may suggest that Indians look at sex with a different angle, as a taboo where they hesitate to discuss on the subject openly and if they find a woman around they will never admit that sex is a subject of their discussion. They would never admit that they even think about it but the ground realities are different we have found out some realities, which may amuse you but these are hard facts those should make us thing to come out of the present mind set and make it fast-

6- More than 65% males believe that if the partner refuses to become intimate, they have right to beat her and most husband think that to punish his wife physically is mandatory to keep a wife in control

We are not matured society

Despite entering well into 21st century, we are not yet a society who has taken to maturity in certain matters and sex is certainly one of them because we are neither here nor there as far standard of thinking is concerned. One of the reasons of such immature behavior of Indian society could well be the lack of freedom that the western society enjoys but we despite all education, development on other fronts are too conservative on certain matters. The basic need to change the mindset is taking no place on ground level although we talk a lot about it and that is one of the main reasons that Indian male try to take its depressed  frustrations out through the wrong methods.

Since the matter of out of marriage-relations are taken in a bad way although the reality is different, such relations do exist but no one dares to admit them openly barring few upper class people who do not care for routine or rotten system adapted by our society. You can very well judge this fact that most accused of rape are part of the lower classes or people coming from conservative society. However, the hard fact remains that rape cases and atrocities against women have gone up almost y 900% in last forty years.

There is an immediate need to deal cases involving women with sexual harassment without delay, on a fast track with no delay or involving in too many legal formalities to delay the case to the extent where no witnesses survive or proofs remain intact. The courts must see to it that prosecution does not take advantage of minor differences while examining the cases because most of the accused take full advantage of such minor contradictions. Accused has every right for a cross examinations to defend him but this should not become a reason for harassment for the victim.

Although accused has a right for open trial but to keep the secrecy and to make women feel more confident, as their self-respect remains intact because they do not face eager and vulgar eyes of public, such cases should proceed in camera. Police should come prepared with facts and proofs to not to cut a sorry figure if the case is dismissed, which happens in most cases because the general belief is that police does not take such cases seriously or money transaction is involved. Finally the status of accused should not play a role to influence any party because that would never help the cause of woman’s respect. After all we all want to see our women to find at her rightful place and atrocities against her stopped immediately. She should no more be treated as a soft toy in men’s hands.

Hot Hits: 1957
I am having fun with a laptop and few cameras.

which software is better for 3d animation?