Tour To Jharkhand - A tribal Land 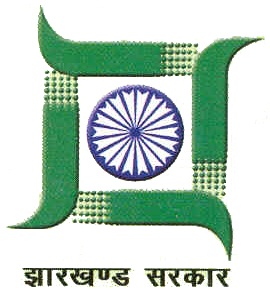 Jharkhand is a newly created state. Jharkhand was part of Bihar before the year 2000. 15Th November 2000 is the date on which, the Jharkhand was separated from the southern part of Bihar.  "Land of Jungles" is another meaning of Jharkhand. This is also the name given to the  language used by tribal in the region. In terms of minerals, Jharkhand is one of the richest states.

The separation of Jharkhand from Bihar was demanded at in the beginning of 20the century. For 100 years, this issue remained alive and ultitmately in the year 2000, Bihar was divided into two parts.  In ancient times, Jharkhand was ruled by Tribal ruler known as Munda Raja. Times have  changed but still we Find Munda raja in this tribal area. Jharkhand was known as "Kukara" during the period of Mughal Empire. Since the arrival of British in year 1765, this place is popularly called  "Jharkhand".

Flora And Fauna Related To Jharkhand

The tribes and Demographics

Jharkhand is one of the populated state of India. The population of this Tribal state is around 27 Million. The sex ratio of women compared to man is a little bit less. The sex ratio is measured per 1000 males. The numbers of women are around 944 per 1000 men. Among the total population of Jharkhand, the tribal population is around 29 percentages. It is a place where you can find a large number of tribal communities. According to the survey, there are almost 32 important tribal groups around Jharkhand. Actual name of these tribal groups such as Munda, Oraon, sandal, Gond, Ho, Karmali, Kharwar, Khond, Kisan Kol, Mal-Paharia and many more like this.

Festivals Celebrated By Tribal in Jharkhand 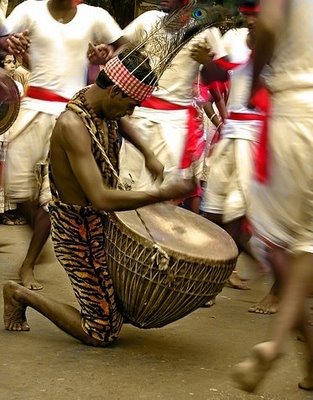 This festival is celebrated on the occasion when Saal tree gets new leaves during spring season.  The tribal believe that that they are  protected from all natural disasters by their Village deity. During sprouting, all the tribal people like to sing and dance in a traditional way. They use the Flower of Saal tree into worship their deities of their village. They use Flowers of Shall tree because it is thinking of villagers that these flowers is a representative of Friendship as well as Brotherhood among people of particular villages. The Priest is responsible for distribution of flowers to each and every person in a particular village. The final step is to distribute Prasad among peoples. This preset is prepared by Rice known as The Handia.

The tribal people celebrate this festival to make happy of Devta of Karam, this is a "devta of youth and power". The 11th day in Bhadra month is selected as a time to celebrate this festival that is an indication of the moon.  To Collect all requirements that is needed during the worship of this Karam god such as Wood, various fruits and different flower. These all preparation is done by a group of young people. They have been moving through the jungle in search of requirement.  Tribal people like to sing and dance during the whole process of collecting requirement from the jungle. The sound of Drumbeats is spread all around the valley. It looks unique. In this way we can say that this is one of the important and vibrant festival  festival for youths celebrating in this Tribal area of Jharkhand. Along with this youth festival, Tribal girls have to celebrate another festival known as Jawa Festival. Every festival has its different style of dance, singing and celebrating the festival. This Jawa Festival is celebrated in search of Their better married life as well as healthy children, that is going to take birth after marriage. For this festival, they need to arrange a Germinating seed. All these seeds kept in a Decorated basket. This is believed that if she use a healthy germinating seed, there Fertility also increase and she becomes the mother of a healthy Child. Every woman wants a child in the form of Son. So the tribal girls take a green melon and offer these melons in the front of Karam Devta in order to get male child. During this festival, Every tribal people belonging to villages become tipsy and enjoyable.

It is also known as Makar. This festival is most famous in places like Raidih, Tumar and Bundu. This all comes under Jharkhand. This place known by its famous History during the period of movement related to Indian Independence. This festival is organized during the last day of every Poush month, a kind of month during winter season. This festival is also keeping importance for all unmarried tribal girl. They have to offer a Decorated colored frame made from wood or bamboo into the hilly river. They have to decorate this frame by using color papers.  Till now we cannot find any historical importance in order to celebrate this festival but this festival is celebrated with full excitement in order to make their life happy. During each and every festival, they sing a song. This reflects their simple behavior as well as the purity of all tribal people of Jharkhand.

When the winter reaches its last stage, this festival Hal Punhya  is celebrated. They have selected a day for starting this festival, Month of march. This month is also known as the " Akkain Jatra " as well as Hal Punhya. With the start of the festival, they start ploughing their land. This festival is very important for tribal farmers. They have to cultivate their land in a way such as they need to create Two and half circles on their cultivation or agricultural land. This is a sign of good fortune for their ploughing Land.

Hot Hits: 1750
I am to ambitious and never expect my defeat.

What is the main asset of Chennai Super Kings(CSK)?

Search (56 Hits)
Top reasons for divorce: Part-2 (3446 Hits)
No married couple wants to end up getting divorced. It is not like they have planned for it. They try to put up with their partners for as long as they
How to improve digestive health (2403 Hits)
Due to our modern lifestyle, we feel that digestion related disorders are a common problem. Thus, we neither give importance to them nor seek any help