Women are not equal partners where sex is concerned

Sexual relations are not yet a right for women

Man and woman are equal partners in sexual relations and there cannot be a sexual intercourse if both of these not involved. Although there are other forms of sex in between same sexes but we are discussing about the normal sex that is most natural and necessary for reproduction purpose as well. However the natural act of sex is considered a taboo as far women folks are concerned in most Indian societies leave a few advanced or educated apart. Women are considered the one who have to oblige their male counterparts and have to lay down whenever the males may wish to use them to fulfill their desire as if the women have no desires of their own. Women have yet to show their willingness in this particular natural requirement to come out openly to ask for their own share.

The woman in India still lack the openness where sex is a subject meant for her so much unlike her male counterparts who enjoy it openly. Even in this ultra modern age women find it tough to discuss it freely. And this is a well known fact that women and men have almost same desire for sex related matters or even women may have more desire for this act compared to men but women is not that open because of their upbringing. The social structure of our country does not allow her to demand her right for sex openly as that may brand her as sexy or she may not be looked upon as a respected lady.

I fail to understand that while the sexual demands of male or female are same then why the woman should suffer in case she shows he desire openly and man has every right to ask for it even if woman is not prepared for the same on a particular occasion. The fact is that women have been taught to show that this act is not good for women and the ones who take initiative are not good ones, the result the women turn to frigidity or in worst cases loose total interest in sexual acts and become part of the act as a non acting partners. Moreover, this all happens at the cost of women’s own desires not taken into account or neglected ruthlessly.

Sex is no-no for Indian women

The Indian woman has been learning for ages that sex is not for her and even if she does it, it should be kept a secret and performed in darkness and to top it all never to show her pleasure while doing it because this is not good for her moral even if she is doing it with her husband. What a joke! The result, most women never admit that they enjoyed sex and hold your breath, especially with their husbands because while doing it with some one else there was no restriction on joy and displaying their pleasure.

The irony of the Indian woman is that while the husband takes the initiative the wife never takes any step forward or pulls it back giving the impression that she has no desire to participate in sexual relationship. That can create trouble in the future as the husband while getting no proper response may find her cold and go for other relations out of marriage. And that too while his wife is absolutely normal and willing but not showing any interest just because she was trained that way. This situation is not ideal for husband or for wife as both do not get their desires fulfilled which cause them mental and social problems. The women suffer in such cases because men still manage to go out and have their desires fulfilled but women suffer at every front and in many ways because of wrong training and false shyness.

The situation is changing but…

The situation is changing to some extent but mostly in cities and that too up to a limited extent. The sex is becoming part of conversation of educated society through print and electronic media especially the internet has provided some openness. Men and women are talking about this forbidden subject although not everywhere, the discussions are limited to cities only the villages and small towns are still living in Dark Age as far sex is concerned. Even the educated couple is not as open as their western counterparts are because the openness from woman’s side may indicate toward her loose character even in educated society. That is one of the main reasons that make women prefer to forget their joy and like to be called good ladies in place rather enjoy openly. 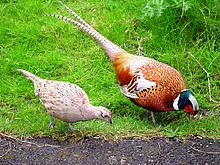 There is another physiological fact behind women not showing their desire openly and this one is common allover the world that the chastity of women is related to virginity that has made them overcautious. They relate every thing to their virginity and do not wish to show their interest in sexual relations even after marriage thinking that their husbands may consider bad women. Therefore, they prefer to surrender without any initiative or interest whatsoever and go through the motions during the act. They never display their interest, pleasure or joy during the play. They never want to show their interest during foreplay or after play, and that is a dangerous situation.

For the simple reason that women have deep rooted thoughts in themselves that sex is a hateful act for women, I don’t understand it though because if it is hateful for women then how come they would be part of the reproduction! But that is they were taught all the time while they were growing up. The whole point is hat despite the fact that a wife involves herself in act of intercourse; however, she does not do it for her own self, but to fulfill the wishes of her husband.  They never utter a word of dissatisfaction in case they do not find themselves fulfilled or sexually satisfied because most of them do not know the total satisfaction, which is not possible unless both partners enjoy it with mutual interest.

The present scenario in India

Most couple in India feels shy to show their sexual desires openly despite being married for years especially the women would never allow an act
in light but a dark place while going for this particular act. A woman is never comfortable in light because she thinks that her husband may feel bad about her for different reasons and her body shape is one of those fears. She thinks her husband may not like her body and may reject her- what a joke! But that is Indian women’s mentality for you.

That’s right, Indian men are also responsible for women’s condition because they may show themselves bold while talking about sex in outside society however, they would prefer a perfect Indian sati Savitri for their wives while in bed. That begins the whole trouble because woman in this country has not yet reached the stage where she can show her desires openly or demand her right in this matter or any other matter. They still want to show themselves true follower of their husbands although there is nothing wrong if they become a little open to make it a pleasant affair for both the partners.

But the men will have to come out of the mentality that teaches them that sex is not for women and enjoying it by women is a sin they shall have to think on level playing grounds. They’ll have to think that women are as human and they have equal rights on desires provided by nature to women as well. And to top it all by not considering the desires of women as natural they are depriving themselves too from the real pleasure that they could have enjoyed if the women folks would enjoyed it with them on equal terms.

There are some other important factors

A - Is one of the best pain killers, the body discharge endorphins during the sexual release, which is helpful in pain relieving

B - The blood circulation and breathing enhance during the sexual act, which helps reducing calories and considered one of the best exercises for the health of heart and keeping body in shape

D - As the whole body remains in action during act of sex that works as best exercise for whole body parts involved including knees, back, hands, feet etc.

Let’s face it that women are equal partners in every walk and circumstances of life and sex is one of the most important parts of it. If we want to enjoy it, as it should be then we shall have to make them equally active to let them feel that they are our real life partners. That would make a big difference in this society and women would feel safer. We shall have to get rid of many wrong notions to make our lives better and to make a better society. This would be in our mutual interest to get rid of false morality symbols, the faster the better.

Hot Hits: 921
I am having fun with a laptop and few cameras.

Is moible Portability is Good or Bad

Is moible Portability is Good or Bad.. A new technique is introduce what is your opinion about that .
Message!

Top reasons for divorce: Part-2 (506 Hits)
No married couple wants to end up getting divorced. It is not like they have planned for it. They try to put up with their partners for as long as they
How to improve digestive health (336 Hits)
Due to our modern lifestyle, we feel that digestion related disorders are a common problem. Thus, we neither give importance to them nor seek any help
Top reasons for divorce: Part-1 (372 Hits)
The bond of marriage brings the two people together. Initially, everything may seem okay and both of them slowly start discovering each other in the journey.