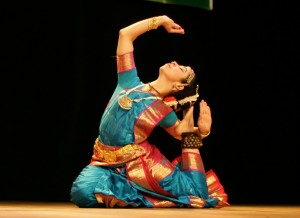 India is a country of rich tradition of dance and music that has prevailed since time immemorial. The dance Kuchipudi that originated in Andhra Pradesh in Southern India is one of the most ancient dance forms of India. The name Kuchipudi was derived from the name of the village it originated from that was known as Kuchelapuram earlier. It originated in the 50s in the tiny village of Kuchelapuram. The history of this dance form has many wonderful legends regarding its origin. It is popular all over South India. Like almost every dance form it too has a great history. In the 2nd century BC the rulers of Satayahana dynasty were great lovers of art. The inscriptions that were found in the temples of Andhra Vishnu have graceful sculptures of devadasis who danced and in those times it was considered as a way to connect to the almighty. The devadasi system eventually vanished with the passage of time. The village of Kuchipudi was a hub of art and tradition. With the decline of the Satayahana Empire the dance form faced a setback along with other traditions that flourished during the reign of the rulers of the dynasty. The Natya Sastra has mentions of the dance drama type of dance form. Dakshinatya that is a name for the South Indian form of the dance drama is believed to be the earlier version of Kuchipudi.

The classical dance form Kuchipudi has 67 Hasta-mudras that include 13 Samyuta, 24 Asamyuta and 32 Nrittahastas according to the chapter 9 of the Natya Sastra. Kuchipudi also includes the Charis and Mandala along with the 108 Karanas. It has all the qualities and characteristics of falling in the category of classical dance forms of India. It has the three utmost important aspects of dance that are Nritta, Nritya and Natya meaning acting or drama. Nritta are the rhythmic sequences or Jhatis that are a part of the end of the song or verse. Nritya refers to the lines of interpretation that are sung along with the rhythm of the music. While Natya refers to the dance drama that is performed by the dancers who play different characters during the performance. The Kuchipudi style of dance also has all the four aspects of abhinaya meaning acting. These four aspects are Angika, Vachika, Aharya and Satvika. In a Kuchipudi dance performance the different sentiments of a character are depicted using these four aspects of Abhinaya by the performers. Angika and Aharya are performed in a similar manner as in other classical dance forms while Vachika type of Abhinaya is akin to Kuchipudi dance. In Kuchipudi dance style the dancer also uses words along with the gestures in the dance to convey the act. A proper voice training during the dance rehearsals is necessary so that the performer is able to use this feature effectively during the performance. Thus training in music forms an essential part of the learning of Kuchipudi dance form. A kuchipudi dancer requires using gestures to express the sentiments of the verse using his voice, face, hands and legs. The facial expressions too are an important part of the dance form as the drama that is required for the dance is enacted by the face of the performer.

According to the Natya Sastra the Kuchipudi dance form had some unique features like Adagulu and Pravesika Daruvu. These elements are distinctive features of Kuchipudi dance form. There have been two parallel schools of dance that are Nattuva Mela and Natya Mela. Nattuva Mela that is performed as an act of worship developed into the classical dance form Bharatanatyam while the Natya Mela developed into Kuchipudi that was performed on special occasions in the temples. The first form was performed by the devadasis in the temples whereas the second form was intended to entertain the pilgrims. Sidhendra Yogi who modified the dance form for the elite as well as the masses played an important role in the establishment of the Kuchipudi dance form. It became poplular in all the areas where Telegu was spoken as the ragas that he introduced were in Telegu. The dance performances had dancers enacting stories form mythology of gods and goddesses. In the 16th century the Vijayanagara rulers were very fond of Kuchipudi dance style. During the 50s the Sangeet Natak Academy gave recognition to only four classical dance styles of the country that is Bharatanatyam, Kathakali, Kathak and Manipuri. Kuchipudi could not make it to the list probably because of less popularity and lesser known followers.

The music used in a Kuchipudi dance performance

Like the other classical dance forms of India Kuchipudi too makes use of ragas. These have fixed number of notes. It has alankaras that are called graces. These melodies often depict images or sentiments. They may represent the life incidents of the Lord Krishna. The ragas are mimed by the dancers along with the expressions and rhythmic feet movements. The instruments that form a part of a Kuchipudi dance performance are Veena, Mridangam, Manjira, Violin, Kanjira, Surpeti, Venu and Tanpura. The dancer is accompanied by the orchestra which put together a mesmerizing performance for their audience.

The costume is beautiful and bright. It has vibrant colors like red, yellow and green that looks gorgeous on the dancers along with the makeup and jewelry. The costume consists of a blouse and a sari with pleats in the centre or is beautifully draped with the pallu around the waist. The sari has a thick shiny border on both the sides and is usually a silk sari. The female dancers wear jewelry on the neck, head and arms. The hair are also decorated with flowers and made into a pleat.

If you want to learn

If you want to learn this graceful dance you have a whole lot of options. There are a number of dance institutions that teach Kuchipudi dance style. There are numerous Kuchipudi dance tutorials available on the internet but if you want to master the dance style you must learn it under some well versed dance guru. Like every dance form if you learn it with devotion and determination you can surely become able to perform this elegant dance form. (Image source - musicalzing.com)

Should the BCCI appoint Warne as Team India's new coach?

Top reasons for divorce: Part-2 (575 Hits)
No married couple wants to end up getting divorced. It is not like they have planned for it. They try to put up with their partners for as long as they
How to improve digestive health (391 Hits)
Due to our modern lifestyle, we feel that digestion related disorders are a common problem. Thus, we neither give importance to them nor seek any help
Top reasons for divorce: Part-1 (453 Hits)
The bond of marriage brings the two people together. Initially, everything may seem okay and both of them slowly start discovering each other in the journey.