Winter and your exercising pattern

The younger generation has taken to exercise with great zeal in recent years especially watching the bodies of their screen heroes. The trend of gym going is on the up for last decade or so but more people are out making their bodies in traditional ways too. But at the same time winters put a break on a group of persons who are not comfortable going out during extreme cold conditions. They stop going to gym or their frequency of going to gym reduced down to almost nil as they find it difficult to go out in cold weather coming out of comfortable warmth of their quill. There are some who keep promising to themselves that they must start exercising during this winter but that’s what they said every year but they never did that. But as per the experts the regular exercisers should never give up or lessen their routine as it could be harmful.

In North India winters make a big difference on daily routine of most people especially the ones who feel lazy or feel cold weather not to their liking. Their food and exercise habits change altogether from what they were doing by the end of October or may be second week of November. Most experts suggest that winter is the best season for exercising but some of us find it too tough for their comfort level and stop it totally. It’s better to find new ways of exercising instead of giving up the exercise in cold weather.

No one should believe that by merely starting your exercises will build your body like Arnold Schwarzenegger or you will burn your fat immediately but exercising is beneficial in more than one way. It keeps you fit and energetic and if you are otherwise a regular at exercising then continued schedule during winter will keep your weight in control. Your resistance power and digestion will increase and muscles will be more powerful. If you do not feel like doing it on daily basis do it for 4-5 days that is enough to keep your weight, calories and schedule intact. People suffering from lack of vitamin D will be immensely benefited if they manage to exercise out in daylight under the sun during winters. Exercising in such a manner is also beneficial in enhancing your appetite as your level of serotonin hormone goes up which is essential for appetite related problems.

Exercising during winters is good for your heart since the arteries of the heart shrink which affect adversely to blood and oxygen circulation in this weather. Not exercising properly may also cause bad affect on your blood pressure causing hypertension. Winters also create problems for people suffering from respiratory related diseases as the human body goes through a shrunken state during winters which disturbs the repertory process. People suffering from respiratory problems should be careful while exercising and avoid heavy workout.

What you should do

You should drink enough water during exercises as people feel lesser thirsty in winters and their intake of water goes down but body needs of water remain same and lack of water causing pain in joints and muscles. You can use lukewarm water if you find normal water not to your liking that will help increase your water intake. One should wear clothes in layers during exercises and remove them as per requirement but use woolen clothes and socks with shoes during your workout which will help your body adjusting with outside temperature. Never remove all your clothes during exercise in winter that will help your body protected from sudden attack of cold.

You must give at least 10 minutes for properly warming up your body before starting your workouts and warming down at the end of workout sessions. If you do not warm up or warm down the chances are your body will suffer from muscular pain and stresses. It happens in all seasons but the impact of muscular problems is far greater in winters. Warm up and warm down is also helpful in making your mind more prepared for the purpose.

Another crucial point which most people should follow is the way they breathe. People breathe differently in winter season as their posture of standing and standing changes due to excessive cold conditions.  And if a person sits or stand in such a position that makes it hard for lungs to extend fully due to lack of oxygen then their breathing process shortens. Therefore it’s suggested to people suffering from asthmatic problems to never avoid exercising even if they reduce it to some extent but as per the suggestion of their doctor. The yoga exercises especially Aalom-Vilom is considered a good exercise for such persons. 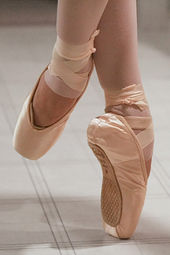 There are certain exercises which can help people suffering from joint pains.

Pain in legs- you should lie down on a hard surface and lift your legs one by one to a 90 degree angle. Keep your other body parts still during this exercise. Repeat this process for 10-12 times with each leg. Later keep your legs stationary at 90 degree for sometime without moving them and then stretch toward your stomach one by one and keep them there for some time, finally stretch them straight.

Tip and Toes- walking on tips and toes is useful for people suffering from joint pain during winters. You should start with walking on your toes balancing your body weight properly on each of your toes and then move on to your paws. You can do this exercise as long as you feel comfortable.

Back exercise- You should stand with your palms over your head against a wall, the distance between your feet on floor and hands on wall should be exactly the same. Move your back clockwise it will help reduce fat from back and stomach in a quick time.

Hot Hits: 1408
I am having fun with a laptop and few cameras.

What should India do in Maldives?

After all, it is in our immediate neighbourhood

Search (112 Hits)
Top reasons for divorce: Part-2 (3526 Hits)
No married couple wants to end up getting divorced. It is not like they have planned for it. They try to put up with their partners for as long as they
How to improve digestive health (2438 Hits)
Due to our modern lifestyle, we feel that digestion related disorders are a common problem. Thus, we neither give importance to them nor seek any help

Top Five Inexpensive Study Resources for Business Management
I still have memories of my college days and they are the best ones. Not because it was fun but because of the rigorous development we had to undergo.
The Importance of Proper Feedback
The feedback We hear a lot about feedback these days. Even the customer support department asks for your feedback asking for your opinion on a fixed scale.
Strange Way of Achieving Success
It may sound contradictory Please do not get confused if I say do what you do not like to do. I am sure you must be thinking I have lost my balance or
Lewis Turning Point Forces China Scrap One-Child Policy
China has just announced the roll back of its more than three decades long one-child policy. This policy helped China to control its population - the world's
Learning from the success of Indian Corporate Companies
Some years ago, to be precise, in the year 1991, one new Prime Minister, whose name was Naramsimha Rao, did what no Prime Minsiter has ever done --- he