What Happened in Munich.... that day?

#)It was in 1936 , Germany under the rule of its Dictator Hitler, Germany Hosted the Olympic Games(Summer Olympics) for the very first time.

#)36 years later, again in 1972 Munich was chosen to conduct the 20th olympic games, after competing with Spain,Canada and United States.

#)To be precise it was on August 26th 1972 the opening ceremony of the 1972 Munich Olympics games was held.

#)The game was declared open by the German President Gustav Heinemann, at the Munich Olympic Stadium.

#)Atletes from 121 countries participated in the olympics. 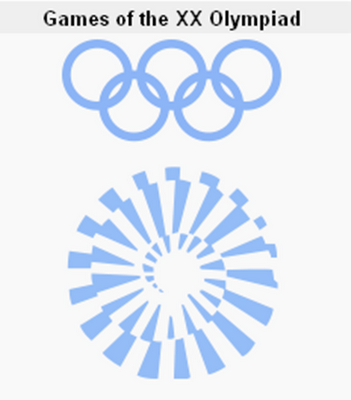 #)It was during this games the olympics mascot was officially announced and the mascot of the games were the dachshund "Waldi".

Positive side of Munich games

#)The 1972 Munich olympics created some history in terms of record in different events.

#)This was the Olympics where Mark Spitz , the United States swimmer set the world record when he won 7 gold medlas, which was broken after 32 years by Michael Phelps during the 2008 Beijing Olympics by winning one more Gold medal than that of Mark Spitz making his tally to 8 gold medals.

#)This game also included the most controversial Basket ball final between USA and Russia, where USA eventually won the game beating Russia 50 - 49, despite a time out was taken by Russians hen the clock showed 0.01 and when resetted it become 0.03.

#)It was in this olypics, the Olympic Oath was taken by a representative of the referees for the first time.

#)Israel team was represented by 18 athletes who participated in 7 different sports.

#)The team also consists of 14 delegates other than athletes, which includes refrees, official delegates and coaches and it is shown in the image below

#)The Israeli team participated in 7 different sports which includes Wrestling,Swimming,Sailing,Shooting,Weightlifting,Fencing and Athletics

#)It was on 4th september evening, the Israeli athletes enjoyed a night out, and watched a performance of "Fiddler On The Roof" and dining with Israeli actor Shmuel Rodensky, before returning to the Olympic Village.

#) While they were returning in the team bus, Shmuel Lalkin — chef de mission, denied his 13-year-old son, who had befriended weightlifter Yossef Romano and wrestler Eliezer Halfin, permission to spend the night in their apartment - and eventually an innocent refusal from his fathet that undoubtedly saved the boy's life, the reason which willl be explained below.

#)It was after 4am in the morning on September 5, 1972, when five Arab terrorists wearing track sweat suits climbed the six-foot six-inch fence surrounding the Olympic Village and during that time the players were sleeping.

#)Although they were seen by several people, no one thought anything was unusual since athletes routinely hopped the fence and come in and out of the olympics village regularly.

#)The terrorist carried with them  AK-47 assault rifles, Tokarev pistols, and grenades scaled a two-meter chain-link fence with the assistance of unsuspecting athletes, who were also sneaking into the Olympic Village, and this lead to the security undoubted.

#) Apart from these five men,there were three more men who are presumed to have obtained credentials to enter the village and they joined together and now there are 8 terrorists who are ready to attack the Israeli team

#)These terrorist were  reported to be part of the Palestinian fedayeen from refugee camps in Lebanon, Syria, and JordanThese.

#)All the  8 terrorists were Palestinians and the reason why the planned to attack the Israel team was that they  planned to demand  release of 200 Arab prisoners caught by Israel Government.

#)Actually a  member of the Uruguayan Olympic delegation, who shared housing with the Israelis, claims that he found Nazzal actually inside 31 Connollystrasse less than a day before the attack, but as he was recognised as a worker in the Village, he had no doubt about him.

#)The group planned the attack very well and they entered Munich via train.

#)The terrorist entered the village a little after 4 AM.

#)After that the terrorists headed straight for 31 Connollystrasse, the building where the Israeli contingent was staying. #)The first prson to sense the presencs was Yossef Gutfreund, a wrestling referee, who was awakened by a faint scratching noise at the door of Apartment 1,where the Israeli coaches and officials were staying.

#)When he came to that place near the door, he saw the door begin to open and the masked men with guns on the other side.

#)He shouted a warning to his sleeping roommates and threw his nearly weight of 135 kg against the door in an attempt to stop the terrorists from coming inside.

#)But the wrestling coach Moshe Weinberg, fought back against the intruders, who shot him through his cheek with his help he found more hostages.

#)But Weinberg tried to deviate them by saying that the residents were not Israelis and led to another appartment , i.e appartment 3, where there were wrestlers and weightlifters, thinking that these strong men will able to tackle the terrorist, but he was unlucky as they were asleep and they were also taken hostages.

#)But the wounded Weinberg was very courageous as he again attacked the kidnappers, and allowed one of his wrestlers, Gad Tsobari, to escape.

#) Weinberg also knocked one of the intruders unconscious and  he slashed another with a fruit knife, but he was shot to death by the terrorist.

#)The Weightlifter Yossef Romano, was also killed after he attacked and injured the terrorist.

#)A couple of others which includes racewalker Prof. Shaul Ladany were able to escape out windows. Nine were taken hostage.

#)But all of the members of the Uruguay and Hong Kong Olympic teams,who also shared the building with the Israelis, were released unharmed during the crisis.

#)they also threw the body of Weinberg to demonstarte their resolve

What do they want?

#)Around 5:10 a.m., the police was alerted and news started to spread around the world.

#)The terrorists then dropped a list of their demands out the window, and these includes.

i)The release and safe passage to Egypt of 234 Palestinians and non-Arabs jailed in Israel, along with two German named, Andreas Baader and Ulrike Meinhof, who founded German Red Army Faction.

ii)They also asked for  helicopter, to take them to the NATO air base at Firstenfeldbruck and an airplane there, to fly them and their hostages to Cairo,Egypt.

#)Germans were under pressure as the captured hostages were Jewish and the attackers also refused to accept the money which the offered to release the hostages.

How about the rescue operation?

#)After a long negotoans the Germans accepted theie demands.

#)The German thought thet there were only five terroris as they didnt't knew the 3 extra terrorist preent.

#)So a small squad of German police was went into the Olympic village dressed in Olympic sweatsuits.

#)The picture below shows a police marksman dressed as an athlete

#)At the sameime, camera crews of the newschannel, filmed the actions of the police from German apartments, and they broadcasted it live on television.

#)This cautioned them and they were ready for the attack. Footage shows the kidnappers leaning over to look at the police who were in hiding on the roof. #)The picture below shows one of the terrorist, Issa threatened to kill two of the hostages,hostages Kehat Shorr (left) and Andre Spitzer (right) ,and that led the police to quit the operations

.#)After sometime , Genscher and Walter Tröger, the mayor of the Olympic Village, were allowed to interrogate with the hostages and they again the demanded the official of their condition.

#)The Israel hostages and terrorist were then taken by bus to the helicopters and flown to the airfield at around 10:10 pm.

#)This was the time, the Germans discovered that there were eight terrorists instead of the five they expected and they felt that theydont have enough marksmen to carry out the plan to kill the terrorists at the airport.

#)After the helicopters landed at the air base and around 10:30 p.m., the German sharpshooters attempted to kill the terrorists and a bloody firefight ensued.

#)At around 11 PM, the media was mistakenly informed that the hostages had been saved and the news was announced to a relieved Israeli public.

#)But after an hour later, however, new fighting broke out and one of the helicopters holding the Israelis was blown up by a terrorist grenade.

#)At 3:24 a.m. (German Time), Jim McKay who was covering the olympics for ABC channel received the official confirmation and said

#) The remaining nine hostages in the second helicopter were shot to death by one of the surviving terrorist.

#)But eventually these 3 terrorist was released in a month time on october 29th as Lufthansa flight was hijacked and they demanded the release of Munich killers.

#)As a reflection of this incident, just 6 days befor the ending of Olympic games, athletic competition was suspended for 24 hours.

#) During a day of mourning, a memorial service was held at the main stadium in front of 80,000 spectators.

#)But the IOC president Avery Brundage declared, "the Games must go on." And so they did, with the Olympic and national flags flying at half-mast and the games was completed with closing ceremony held on 10th september 1972.

This is oneof the most cruel attack by the terroris on sports people......... and we wish that thses kind of activities should never happen again......The terror group must understand the human values and follow peace........ Life is small and beautiful , we should enjoy it..........

Hot Hits: 12020
Trying to be a good boy and also help others whenever possible.... should stick to my motto "Never Give up..... Life is beautiful... Enjoy the life"

Why do you check boddunan?

Top reasons for divorce: Part-2 (1650 Hits)
No married couple wants to end up getting divorced. It is not like they have planned for it. They try to put up with their partners for as long as they
How to improve digestive health (1080 Hits)
Due to our modern lifestyle, we feel that digestion related disorders are a common problem. Thus, we neither give importance to them nor seek any help
Top reasons for divorce: Part-1 (961 Hits)
The bond of marriage brings the two people together. Initially, everything may seem okay and both of them slowly start discovering each other in the journey.