Gaming is the part of many people’s life when they were kids. But now gaming has changed lot and even big people love to have few gaming experience with great gaming consoles. These days’ people love to play those big and 3D games in different category like action, adventure, racing, etc. with different kind of gaming consoles. Now many big companies are in the race of making new and latest gaming gadgets with latest technologies. Now gaming is not only limited with that old joysticks, as now there are high-end gadgets available like sensor gaming using which you can have totally unique and exciting gaming experience which will never bored you. So let’s see few of those gaming consoles which have gain lots of popularity in this gaming world. These gaming companies have started with simple gaming gadgets but now they have totally changed the gaming world with their super gaming consoles. 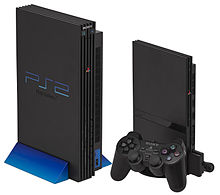 Play Station: They have launched Play station as their first gaming console in around 1994 which has given totally unique 3D gaming experience at home to all people. With this gaming console they gain lots of popularity in this gaming world and they forced to launch new version of their play station series.

Play Station 2: They have upgraded their first play station which was only capable of playing CDs. But with Play Station 2 they launched system which can run DVD. So with larger size of DVD in compare of CD they were able to give bog games with great graphics to the people. These play stations can easily play those movie DVDs too. So it is like multipurpose. It got launched by Sony at around year 2000.

PSP: The full name of PSP is Play Station Portable. As name suggest it is portable gaming device. Sony has change the gaming experience again with this magic device. This device is having size of joystick but with the screen enough to play games. So with this device you can play all those play station 3D games in your hand wherever you like. So Sony has put their games in peoples hand with this portable device.

Play Station 3: After getting good success from the previous play station devices. Sony has released another play station version play station 3 at around year 2006. With this version Sony has given wireless gaming experience to the people. Yes joystick with the play station is not having any kind of wires so user can play games with more ease.  And this gaming console is having coolest gaming graphics which can beat all previous versions of play station.

Play Station 4: With all those previous success, now Sony is on the way of launching of their new play station version 4. It is still not launched but it can come on anytime with lots of upgraded version in compare to any previous version of the play station. So wait and watch gaming lovers as you can have surprise for sure.

So this is it for play station series. They have upgraded the same models mentioned above by launching their slim models too. But they all were having the same features and name, so no need to mention them as separate.

As I said above Sony got lots of popularity by their play station gaming console. So by seeing this, the biggest and famous company Microsoft has also decided to come in this gaming field and they have started making their own series with the name of XBOX. In the starting it wasn’t able to gain that much success in compare of play station, but now they are doing as well as Sony or may be even more.

Xbox: Xbox was the first version from the Microsoft in this series. They have launched this version against the Sony’s play-station 2 version which was already too famous. So they don’t able to make that much popularity with this gaming console. It was having all those 3D gaming experience similar to play station, but may be they are missing something unique. But they have not lost hope and went for another XBOX version XBOX 360.

XBOX 360: Microsoft has launched another gaming console in XBOX series with name XBOX 360 in around 2005. This time they got it right, and this version become the successor of the XBOX series. At here they given really cool gaming graphics with wireless joy sticks same as Play station 3 but before play station 3. They also given XBOX live feature using which user can also play games online with their other friends and other people from all over the world. So with this uniqueness and with coolest gaming graphics that was much better in compare of play station 2, XBOX 360 was able to win gamers heart and got many successes with it. They able to sold record breaking gaming console with this series.

So this is it for XBOX series. Their recent launch XBOX one is big and latest news in gaming world. Let’s see if it can keep up with Microsoft’s hopes.

I don’t think anyone can forget about this company. Just like everyone I have started playing with games with Nintendo gaming console. I still remember those 8-bit games which was very interesting and entertaining. Honestly I still enjoy those old games when I get free time. But just like others Nintendo also launched different gaming device to maintain their popularity in gaming world. And they have done well to by giving really strong competition to each and every company. Let’s see how this company has progressed with different gaming consoles. 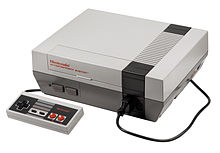 Wii: In 2006 Nintendo came with great gaming console to give competition to Xbox 360 and Play station 3. Now competition was even hard in compare of before, but this time Nintendo was well prepared. They have introduced Wii gaming console this time which was having many advanced technology features in it which can surely give hard competition to any gaming consoles. Nintendo have introduced wireless controllers with sensors which can catch user’s movement and respond as per it in three dimensions. They have also introduced WiiConnect using which it was able to get messages and air-updates directly to the device which was another attractive feature offered by Nintendo. Because of its good success Nintendo don’t able to stop launching next version of this gaming console. Here is the information for the next version.

Wii U: Because of good success get from Wii, Nintendo launched another Wii version named Wii U in the year 2012. With this gaming console Nintendo give many improved features and hardware over Wii gaming console. They have given their first gaming console which can produce High Definition Graphics with video output up to 1080p which is really cool thing. They have also given 2GB of RAM to have really fast gaming experience with high end games. It was released with two models, one is with 8GB flash size and second one is with 32 GB of flash memory. The main attraction of this gaming console is its game pad. It is the first gaming controller which came with touch screen display which can help user to play games easily when it was connected to TV, but with this it can also display game on that screen when TV is not available. So it is great feature and improvement over old Wii gaming console.

So this is it. I have explained about three famous gaming companies which have changed lot by years. They have started with simple gaming console but now each of them having super gaming console which are so much popular worldwide.

Search (74 Hits)
Top reasons for divorce: Part-2 (3475 Hits)
No married couple wants to end up getting divorced. It is not like they have planned for it. They try to put up with their partners for as long as they
How to improve digestive health (2408 Hits)
Due to our modern lifestyle, we feel that digestion related disorders are a common problem. Thus, we neither give importance to them nor seek any help